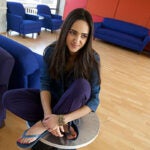 Little could a wealthy London merchant know that his gift to Harvard in 1721 would transform how students are taught in today’s universities, and lead to a fundamental shift in the School’s founding ethos.

The seeds of change took root with creation of the Hollis Professorship of Divinity, the oldest endowed professorship in North America, enabled by Thomas Hollis, a philanthropist with a passion for liberty and religious expression.

Though he never visited New England, Hollis was familiar with Harvard by way of his uncle Robert Thorner, who had left the sum of 500 pounds to the College in his will. Hollis was interested in, he wrote, “the liberties the Baptists in New England enjoyed.”

“Hollis had come to believe that Harvard was an academic institution that would be broad-minded toward all sects, and he was interested in encouraging the liberal spirit that was gaining strength in Boston and Cambridge,” wrote William Bentinck-Smith and Elizabeth Stouffer in “Harvard University History of Named Chairs” (1995).

The Londoner understood religious intolerance, since his Baptist faith put him at odds with the Church of England. Worried about the perceived intolerance of New England’s Congregationalists, Hollis stipulated several conditions for the new professorship, aimed at preventing religious bias.

In the rules laid out by Hollis, the holder of the chair would have to “be a Masters of Arts, and in Communion with some Christian Church of one of the three Denominations, Congregational Presbiterian or Baptist.”

Hollis’ philanthropy ran deep. Prior to creating the chair, which he endowed at 80 pounds a year, he sent casks of nails and cutlery along with scientific instruments to the College and regularly contributed books that reflected liberal thinking. In 1727, he established the Hollis Professorship of Mathematicks and Natural Philosophy. Some observers say his generosity even outmatched that of Harvard’s most famous benefactor, namesake John Harvard.

While remaining true to their Calvinist trainings, early holders of the professorship gradually began to move toward a more liberal ideology. During his 43-year tenure as the first appointee, Edward Wigglesworth offered “antithetical views on a theological subject, forcing the student to think and draw his own conclusions,” wrote Russell V. Kohr in a 1981 master’s thesis for Western Michigan University. Edward Wigglesworth II, who took over for his father in 1765, was an authority on both theology and mathematics and an original member of the American Academy of Arts and Sciences.

“The establishment of the chair really marked a critical step toward more ecumenical training,” said Harvey Cox, Hollis Research Professor of Divinity who held the Hollis professorship for several years until 2009.

But trouble erupted in 1805 when Henry Ware, a Unitarian minister and the valedictorian of Harvard’s class of 1785, was elected to the position. The decision sent shockwaves through the Harvard campus. The move broke with the tradition of appointing an orthodox Calvinist to the post in favor of a more liberal Unitarian. So angered were some conservatives, led by acting president Eliphalet Pearson, that they decamped for nearby Andover, where in 1807 they founded the Andover Theological Seminary, the nation’s first formal school devoted to the education of ministers.

But in addition to stirring controversy, Hollis’ gifts prompted an understanding of the need for professors who were authorities in their fields, as opposed to tutors who would instruct students in a variety of topics. The shift set the stage for creating more endowed professorships and gradually restructuring instruction at Harvard and beyond.

“The establishment of the chair broke the lockstep of the practice inherited by Harvard College from Oxford and Cambridge Universities, by which a tutor taught all members of a class all subjects,” said Kohr in his essay. “Henceforth, the divinity professor taught only divinity, and thus the vertical, or departmental, system of curricular organization was begun at the College.”

The Hollis Chair, as legend suggests, also came with one important right, resurrected by Cox: the right to graze a cow in Harvard Yard. As one of his parting acts before stepping down from the chair, Cox borrowed a bovine from the Farm School in Athol. The animal’s presence, Cox told a crowd near the steps of Memorial Church in 2009, represented “how much closer we need to be to the animals that sustain us, to the Earth, the grass, the vegetables.”

The current holder of the professorship is Karen King, whose research centers on women and heresy in ancient Christianity. The first woman to hold the post, she called her selection extraordinary.

“Appointing me to this chair connects the history of women at the University back to a time when women weren’t present,” said King, a member of the faculty at Harvard Divinity School.  “I think my appointment shows us, too, a lot about how far the University has come, and the direction Harvard has taken from a narrow piety of male clergy to the embrace of women and many religious traditions.”