Signs of progress against PTSD 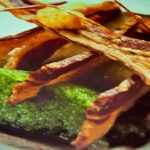 Unraveling the secrets of the epilepsy diet

A decade after the start of the wars in Afghanistan and Iraq, studies have shown that the incidence of post-traumatic stress disorder (PTSD) among troops is surprisingly low. A Harvard researcher credits the numbers, in part, to efforts by the Army to prevent PTSD, and to ensure that those who develop the disorder receive the best treatment available.

In an article in the May 18 issue of Science, Professor of Psychology Richard J. McNally says there is reason for cautious optimism when it comes to the prevalence of PTSD. While early estimates suggested that as many as 30 percent of all troops might develop the condition, current surveys show the actual rates ranging from 2.1 percent to 13.8 percent. The U.S. Millennium survey of U.S. troops found that 4.3 percent of all American military personnel deployed to Iraq and Afghanistan have developed PTSD.

“As a society we’re much more aware of these issues than ever before,” McNally said. “That is reflected by the fact that the military and the Department of Veterans Affairs have established programs to ensure soldiers receive the best treatment possible. The title of my article is ‘Are We Winning the War Against Post-Traumatic Stress Disorder?’ I think a provisional answer to that is, ‘Yes, we might be.’”

When asked about concerns among some veterans and counselors that PTSD is underreported, McNally said: “Estimates of PTSD are higher when surveys are anonymous than when they are not anonymous. Lack of anonymity is the chief limitation of the otherwise excellent U.S. Millennium survey, which found a rate of 7.6 percent among U.S. combat troops. By comparison, an off-the-record survey by Hoge et al. found that the rate of PTSD was 12.6 percent in combat units. On the other hand, the Hoge et al. study was much smaller, did not have random sampling, and it did not exclude subjects with predeployment PTSD symptoms.”

While part of the drop in PTSD may simply be that wars are less lethal — in a decade of war in Iraq, fewer than 5,000 American troops were killed, compared with more than 55,000 over a similar period in Vietnam — McNally thinks that new efforts by the Army to tackle the disorder sooner, and ensure soldiers receive better treatment, may be yielding results.

The suggestion that 30 percent of troops might develop PTSD was based on the findings of the National Vietnam Veterans Readjustment Study (NVVRS), completed in 1990, which found that 30.9 percent of Vietnam veterans showed symptoms of the PTSD. While later analyses brought that number down, the findings served to galvanize Army efforts to address the risk of soldiers developing the condition, McNally said.

“It’s important to remember that simply being deployed carries a great deal of stress,” McNally said. “Soldiers miss their family, and those who stay at home essentially become a one-parent family. Difficulties with children, or school, or making ends meet — there are all kinds of stressors that have to do with separating families, let alone having one member in a war zone. Fortunately, the military has taken steps to help soldiers cope with these stressors in addition to the traumatic combat stressors that can produce PTSD.”

Those steps include the Comprehensive Soldier Fitness (CSF) program and Battlemind training, programs created, respectively, to help soldiers reduce their risk for PTSD before being deployed, and to treat those at risk of developing it after they return.

“It’s not therapy per se, but a preventive intervention to help people put their experiences in perspective,” McNally said of the Battlemind training. “For example, it encourages soldiers to use the sort of emotional bonding that happens within units to reconnect with their families, and to see symptoms like hypervigilance not as symptoms of a mental disorder, but as something they need to adjust when they come home. It helps people realize that those things are part of the normal re-adjustment process.”

The results of random trials show that, four months after returning home, soldiers who underwent Battlemind training had fewer symptoms of PTSD and depression than did those who underwent the Army’s standard postdeployment program. Such trials have been conducted with CSF, so it remains unclear what impact, if any, it has on the incidence of PTSD.

Despite such efforts, PTSD remains a serious issue among veterans and their families. Treatments developed in the past 20 years — including prolonged exposure and cognitive processing therapy — improve the chances of recovery.

“These treatments weren’t available to veterans of the Vietnam War – they were only developed in the 1990s – and the evidence shows that the longer you have PTSD, the more likely it is that other problems will accumulate,” said McNally. “The earlier we can get people into treatment, the quicker we can help them get their lives back together.”