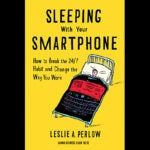 When the smartphone’s turned off

Speakers recall theologian as a student of ‘ultimate concerns’

When he started teaching at Harvard in 1955, Paul Tillich (1886-1965) was one of the world’s foremost theologians. His early romantic views of the world had been tempered in the cauldron of World War I, where he served as a frontline German Army chaplain. But he became a Christian existentialist eager to fill up the seeming emptiness of modernity with moments of ecstasy.

Tillich was 69 when he began his sojourn at Harvard. He had longed for a setting where he could reconnect the deep inquiries of art, science, and religion that modern culture seemed bent on dividing. Harvard became that setting, an intellectual crossroads where poets, scientists, artists, and philosophers were gathered. The University witnessed Tillich’s final flowering as a great synthesizer; his goal was to connect the myriad ways we grapple with what he called ultimate concerns.

This important scholar of theology, art, and philosophy — author of the landmark “The Courage to Be” (1952) — was celebrated last week in an evening symposium at the Memorial Church. It marked the 50th anniversary of his retirement from Harvard and — by chance — the 100th anniversary of his ordination as a Lutheran minister.

This term’s lecture was unusual: four speakers instead of one. They all remembered Tillich in person.

Called “Paulus” by his friends, Tillich loved being at Harvard. “Part of the reason is this University’s fortuitous openness,” especially in the years just before and just after World War II, said onetime University Marshal Richard M. Hunt.

Like his contemporary Albert Einstein, Tillich was a product of a particular educational ideal in the Europe of his boyhood: Master Kultur, then hew to a specialization. Harvard offered a matching intellectual depth, along with an engaging émigré community of European scholars who came up in the same way.

Then, said Hunt, there was Tillich’s title of “University Professor,” shared by only four others at the time. (There are 24 University Professors at Harvard today.) It conferred on him the freedom to teach undergraduates — something Tillich had never done before — as well as lecture widely to students in law, medicine, divinity, public health, art, and education.

Charming, modest, intellectually eager, a great listener —“he seduced us all,” said speaker Gerald Holton, remembering Tillich at a faculty dinner in 1955. (Holton, whose relationship with Harvard began in 1943, is Harvard’s Mallinckrodt Professor of Physics and professor of the history of science emeritus.)

Tillich lived to regard his time at Harvard as “the fulfillment” of his career, said Holton, and in the meantime added a presence that was “magisterial and accessible, and just fun.”

Harvard was also where Tillich arrived at his final sense of where science stands in the quest for meaning. Early in his life science was “a respected part of Kultur,” said Holton. Then came a long middle period of doubt about science and technology. As late as 1957 Tillich wrote that “the dimension of faith is not the dimension of science.”

Yet Harvard inspired a third phase — not one of harmony between science and religion, but at least a “fruitful tension,” said Holton. In a 1959 Harvard lecture, Tillich held that “ultimate questions appear in different disciplines.”

Holton delivered a Tillich lecture in 2004 on the “quest for the ultimate” that Tillich shared with Einstein, a man who was sometimes his philosophical adversary.

“They both reached out to the limits of human understanding,” Holton said then — and the two men shared a common theme: “the quest for the unification of apparent irreconcilables.” Einstein’s quest was to unify the major threads of physics; Tillich’s was to synthesize the seemingly divergent paths of science, art, and religion in the modern age — “the reunion of what eternally belongs together,” he wrote, “but what has been separated in history.”

The first non-Jewish scholar that the Nazis dismissed from a university, Tillich immigrated to the United States in 1933. He found a 20-year haven at Union Theological Seminary, but only at Harvard did he open his arms wide, happy, he said, to be among more than just theologians.

Tillich was ready for years of “conversation at the heart of reality,” said Ann Belford Ulanov, a 1959 Radcliffe College graduate who saw him lecture in the 1950s. She teaches psychiatry and religion at Union Theological Seminary, and delivered Tillich lectures in 1995 and 2002.

Start with his collected sermons, she advised, which were delivered in the pared-down English he started to learn only in his late 40s. They provide a pathway to his more complex academic work. (It was at Harvard, for one, that Tillich finished his three-volume “Systematic Theology.”)

Another speaker, Harvey G. Cox Jr., the Hollis Research Professor of Divinity, was a Harvard graduate student during the Tillich era. He remembered the great man’s final home seminar, the last of a series of gatherings at his apartment on Chauncy Street. A print of Picasso’s “Guernica” hung in the apartment’s seminar space, a rendering of the mural-size painting of German and Italian warplanes bombing the civilians of Guernica, Spain, in 1937. Tillich, no stranger to war, regarded the iconic Picasso image as “the greatest religious painting of the 20th century,” said Cox.

A visual thinker, Tillich saw great art, music, and literature as a natural font of the symbols and analogies necessary to understand the nature of the divine in a modern age that eschewed religious expression.

He had a “willingness to stare modernity in the face,” said Cox — and a willingness to let go of traditional religious expressions like “God” and “faith” and “grace” that had “lost their original power.”

Finding analogs to these old concepts meant spirited inquiries into other disciplines, and Harvard allowed Tillich that room, said Cox — “the scope he needed to pursue his lifelong project: crossing boundaries.”