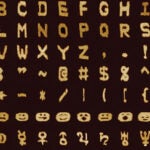 Using DNA as bricks and mortar

Seven years ago, the PBS series Frontline World profiled American philanthropist Trevor Field, who was trying to assist with water scarcity in rural South Africa. Field and his collaborators introduced a new type of pump: one operated by a playground roundabout that stored clean water in a large tank covered in billboards to pay for its maintenance. As a result of the new “play pump,” children had a new place to play and the whole village gained access to clean water on demand.

Woodward Yang, Gordon McKay Professor of Electrical Engineering and Computer Science, played the Frontline video clip at a Design Solutions Workshop hosted by the School of Engineering and Applied Sciences (SEAS) on May 3.

“How many of you think that was a good design?” he asked his audience at the end of the clip.

Almost every hand in the room shot up.

Yang then played a second video. The Frontline producers had returned to South Africa five years later and found numerous problems with the play pumps: The tanks were no longer holding water; older women were unable to operate the equipment; there was no money for maintenance; and children were fighting in the playground.

“How many of you still think it was a good design?” Yang asked.

The videos set a tone of both ambition and humility for the workshop, which emphasized comprehensive planning, cultural awareness, and a holistic approach to design in developing solutions to global problems. Equally useful to students of government, environmental science, and business, the five-hour event wove together lessons in teamwork, public speaking, observation, human dynamics, and critical thinking — and included a good dose of fun.

The event was aimed at helping participants develop a structured process for directing creativity toward a carefully formulated problem. Through lively design activities, 50 participants learned how to “empathize, synthesize, ideate, prototype, and test,” step by step.

A structured process helps designers to avoid the pitfalls and mistaken assumptions that can doom a project, said Jackie Stenson ’08, a preceptor in technology entrepreneurship and innovation at SEAS who led the hands-on portion of the workshop. (Stenson is also a co-founder of Essmart Global, one of the finalists in this year’s President’s Challenge.)

“It’s easy to, for example, skip ‘empathize’ and go straight into ‘design,’ which is what a lot of people do,” she said. “They define a problem without really understanding what the user needs are.”

“It’s very difficult for one person to have all that expertise,” he said.

To emphasize the value of teamwork, Stenson and Yang engaged the participants in a creative activity in groups of four or five and tasked each group with designing a product that would improve the experience of attending a party — a trivial scenario, but still challenging for a short workshop.

The exercise forced the participants to engage with each step of the design process. Each group spent time observing social interactions, brainstorming, developing a product, and then soliciting feedback. By the end of the workshop, each team had not just a solid idea for a product, but also a carefully crafted pitch.

Around the room, students were beginning to relate the experience to their own interests and ambitions.

“There are more than a billion people who do not have access to electricity in the world, and if we had inexpensive solar cells, we could bring them to the modern world,” he said. “They would have electricity and access to computing and health services and communication.”

The problem, he said, is clear, but the solution requires both technical knowledge and an awareness of the context in which it would operate.

The socioeconomic challenges are as complex as the technical ones.

“It’s important that we train students to advance science in their narrow area, but it’s also important for them to understand how to look at problems broadly, how to work with other people, and how to actually solve problems that are pressing in the world,” said Fawwaz Habbal, executive dean for education and research at SEAS.

Zamyla Chan ’14 saw the workshop as a bridge between her interests in environmental engineering and entrepreneurship.

“Especially with environmental products, I find that when people try to show a new, innovative product that’s supposed to be supergreen, sometimes it doesn’t take off because people say, ‘It’s too new, I don’t know how to use it, and it’s inconvenient,’” Chan said.

By learning more about the design process, Chan added, she hoped “to get a sense of how one might be able to develop a product that is sustainable as well as marketable — something that would actually catch on.”

An engineering sciences concentrator, Chan participates in Engineers Without Borders, an organization whose members learn to balance the capabilities of engineering with the needs of a given community.

The phrase “engineers without borders” might also fittingly describe the type of students SEAS hopes to produce by expanding the role of interdisciplinary design activities in the curriculum.

“This type of design thinking is extremely important for all Harvard students,” said Yang. “We are fortunate to have brilliant people working in so many different fields, and it’s important that we continue to find ways to bring them together and provide them with a practical framework for solving problems for the world.”