Cutting calories before cutting in surgery 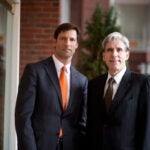 A training lifeline for rescuers

Dietary restriction has already been shown to extend the lives of laboratory animals, but recent research suggests the beneficial effects of eating less may extend to improved recovery from surgery and better resistance to disease.

James Mitchell, assistant professor of genetics and complex diseases at the Harvard School of Public Health, outlined work on laboratory animals that measured whether a restricted diet or restriction of key nutrients to trigger similar physiological responses could protect against organ damage. The results showed improved resistance to kidney damage after blood was cut off to the organs for 30 minutes and then allowed to flow again. In one experiment, 40 percent of the control mice died from kidney injury, while all of the treated mice survived.

Though earlier experiments on life span examined long-term dietary restriction, in this case, Mitchell said, the benefit appeared to accrue after only a few days and then disappear again after a return to normal feeding. This raises the possibility, he said, of extending its use to humans by asking them to fast a few days before surgery.

Mitchell reported similar benefits in animals infected with cerebral malaria. The animals resisted the ailment better after being on a restricted diet for several days before infection. Though that result raises the possibility of humans fighting disease using dietary restriction, Mitchell pointed out that there remains the practical problem that people would have to know in advance they were about to become infected in order for it to help.

The symposium was introduced by Wafaie Fawzi, chair of the HSPH Department of Global Health and Population and Saltonstall Professor of Population Sciences. Malnutrition remains a problem even as obesity spreads. Of the 8 million children who die each year around the world, an estimated 35 percent of them succumb to conditions directly or indirectly related to malnutrition, Fawzi said.

Over the past 15 years, the world has made significant progress in reducing child mortality, Fawzi said, but there is still a way to go to reach the Millennium Development Goal of reducing child mortality by two-thirds from 1990 levels by 2015. Vaccines and nutrition programs have been responsible for significant progress, Fawzi said, but some children have seen little change in mortality: those in their first month of life. Children that young will need interventions aimed not only at them, but at their mothers during gestation.

Mary Penny, of Peru’s Instituto de Investigación Nutricional, outlined a successful program to improve nutrition among urban poor children in the city of Trujillo.  The program, conducted at six community health centers, required limited resources because it focused on improved education of mothers, offering no supplemental feeding or money for food. About one in four Peruvian children under 5 are stunted.

The program devised three key nutritional messages: to serve children a thick puree instead of soup; to add special ingredients to it, like liver, egg, or fish; and to use patience, love, and good humor to get children to eat. While previously only the clinics’ nutritionists gave out dietary information, they taught the message to everyone at the health center, from the cleaning staff to the physicians. That way, everyone would be able to give the same advice if a mother asked.

The educational message, also contained in fliers, was combined with better counseling for mothers, and cooking demonstrations. The program resulted in an improved nutritional profile in the clinics’ catchment areas, which saw moderate stunting — an international measure of malnutrition — 18 months after implementation at just 5 percent, compared with 16 percent for a control area.

The study also identified barriers to improved nutritional education, including a lack of even the low level of resources required and high turnover of clinic personnel, Penny said.