A training lifeline for rescuers 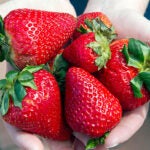 Humanitarian Academy plans to teach those responding to disasters

When Mike VanRooyen was doing relief work in war-torn Somalia in the early 1990s, he realized he had found his life’s work. He also realized he didn’t know what he was doing.

VanRooyen, an emergency physician at Brigham and Women’s Hospital and professor at the Harvard School of Public Health and Harvard Medical School, described Tuesday how a 6-year-old orphan named Fatima helped him to understand the harsh conditions and stark, life-or-death choices being made by refugees every day — and also showed him how much he still had to learn.

VanRooyen is part of a generation of disaster responders who learned on the job, relying on the advice of co-workers, on their own wits, and on hard-won experience to apply medical and other skills to the unique environment that exists in a war zone, after a devastating earthquake, amid a hurricane’s floodwaters, and in other relief settings.

VanRooyen, Harvard School of Public Health Dean Julio Frenk, Bagnoud Professor of the Practice of Health and Human Rights Jennifer Leaning, and dozens of others launched a comprehensive training program for humanitarian workers to help a new generation avoid the shock and steep learning curve currently experienced by thousands of humanitarian workers around the world.

Called the Humanitarian Academy at Harvard, the program will be offered by the Harvard Humanitarian Initiative (HHI), an interfaculty effort that VanRooyen directs and that is focused on using research to improve aid response.

VanRooyen and Leaning, who together founded HHI, have been toiling for years to improve the work of disaster responders, using research to sort out effective responses from non-effective, wasteful, and even harmful ones, fostering a new generation of humanitarian leaders through their teaching and maintaining a steady drumbeat calling for creating formal institutions to foster best practices and help the next generation of disaster workers avoid the mistakes of their predecessors.

On the day VanRooyen met Fatima at the Somali refugee camp, she was malnourished, with thinning hair, and looked closer to 3 years old than 6. When he asked the women he was treating who the girl was, they answered that she was an orphan, and nobody cared for her. When he expressed astonishment that nobody had taken her in, one woman took him by the arm into the rows upon rows of plastic tarps that passed for shelter and showed him her own hungry and coughing children, whom she was struggling to keep alive.

“She decided to save her own children and let another child die on her own doorstep. I realized I knew nothing, nothing about what that lady was going through,” VanRooyen said. “We need a way to prepare people like me. The consequences of our ignorance affect the lives of an enormous number of people.”

There’s an increasing awareness of the need for formal training for the 250,000 relief workers around the world, Frenk said. There’s also an understanding that the next generation of global health leaders must be versed in humanitarian relief, an appropriate role for a university to provide, he said.

“There’s a huge humanitarian effort around the world, but so far there hasn’t been a systematic educational effort in service of humanitarian workers,” said Frenk. “This really represents a major stride forward.”

The program’s expansion was enabled by what VanRooyen termed “a transformative gift” by Harvard alumni Jonathan and Jeannie Lavine, who on Tuesday said they saw their gift as a way to give back and hopefully inspire others to help.

The second pillar will be a new, interdisciplinary concentration in humanitarian studies, ethics, and human rights, to be offered through the Harvard School of Public Health beginning in 2013. The last pillar will be an emphasis on hands-on training through internships with humanitarian relief agencies.

“We have a daunting task ahead of us, but we’re hopeful,” VanRooyen said.