A costly divide in education 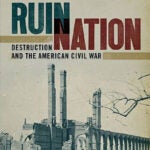 On Wednesday, as part of the John Harvard Book Celebration, Harvard Graduate School of Education Dean Kathleen McCartney spoke about the most effective ways to close the achievement gap between low-income students and their middle and higher-income peers.

In her hour-long presentation at the Cambridge Public Library,  “Addressing the Challenges Facing Public Education,” McCartney outlined the full extent of the achievement gap in terms of educational and life outcomes, including obstacles to effectively closing it. She concluded by detailing reforms she believes would improve the status quo. McCartney illustrated her arguments with research from the social sciences.

McCartney started by describing the scope of the problem. In large school districts across the nation, she said, about half of low-income high school students fail to graduate with their class. The United States is falling behind other nations in both math (the U.S. is ranked 25th) and science (17th).

McCartney broadened the achievement gap debate well beyond issues of social justice, asserting that our educational failures also come at a high economic cost. Underperforming students, she said, face “lower earnings, poorer health, and higher rates of incarceration,” which we all pay for directly or indirectly.

McCartney rejected the claims of those who say the achievement gap is impossible to remedy. “I don’t agree,” she said, “because I see examples of success every day.” She then defined “areas where I would invest funds” to optimize educational and life outcomes. First, she said, “teachers matter a lot” in student achievement (or lack thereof). “We need to get better people to enter the field and we need to support them better.” McCartney lamented that “half of [new] teachers drop out after four years.” She also called for more initiatives to develop leaders in education, describing the development of good leaders as “the single most promising strategy for transforming education.”

McCartney also recommended a longer school day and year. She presented data that connected extending classroom time to better educational outcomes. “We have a short school year now,” McCartney said, “because we used to be an agrarian society where students were needed to farm.” We need to keep students in school longer, McCartney argued, to enable “a broader and deeper coverage of the curriculum,” and “to deepen adult-child relationships” within schools.

Most of all, McCartney emphasized the cost-effectiveness of early childhood intervention. “For every dollar we invest in early intervention,” she said, “we get a return of four dollars,” far more bang for the buck than other forms of remedial intervention. Equally important, early intervention (such as the Head Start program) leads to improved outcomes in terms of increased earning potential, better health, and lower levels of delinquency. McCartney cited research from Nobel laureate economist James Heckman to support her view that early intervention addresses both social justice and cost-efficiency, leading to reductions in public outlays and a better economic future for more people.

Audience members reacted to the talk with support and surprise. “I hadn’t fully realized the significance of intervention before kindergarten,” said Mike Harrison of Brighton. “It’s clearly much more effective and efficient than later interventions.” Robert Principe, a consultant, noted McCartney’s focus on life outcomes and economics: “If economists start to say more about how these improved life outcomes make a big difference in the financial bottom line, that could change the whole political conversation” about the “cost” of educating low-income students.

Linda Greenhouse of Yale and The New York Times will talk about the Supreme Court in the next installment of the John Harvard Book Celebration, 5 p.m. on May 22 at the Honan-Allston Branch of the Boston Public Library.