Survival of the selfless 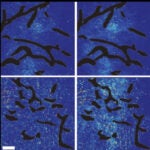 E.O. Wilson examines the role of group competition in evolution

In a talk at the Geological Lecture Hall on Thursday, Harvard biologist E.O. Wilson outlined new thinking on how human social behavior evolved, saying that it was competition among groups of humans — made up of both related and unrelated individuals — that helped our society evolve and dominate the planet.

Eusocial species include ants and bees plus naked mole rats in Africa, some crustaceans, and humans. Though these species represent a tiny fraction of all species on Earth, their success has been breathtaking.

Humans have multiplied and risen to dominate the planet while ants are so successful that their biomass is greater than that of all nonhuman land vertebrates.

“It is in this very small array of evolutionary lines that the numerically most abundant and ecologically dominant creatures on Earth — at least on land — are found,” Wilson said.

In his talk, sponsored by the Harvard Museum of Natural History, Wilson acknowledged that his theories have prompted “spirited dissent” within the biological community. For decades, eusocial behavior has been explained by the theory of kin selection, under which individuals act to benefit themselves and those they’re related to, with their willingness to sacrifice for the benefit of others declining for those more distantly related.

Proponents of kin selection have assailed Wilson’s ideas, which were developed in collaboration with Martin Nowak, professor of mathematics and of biology and director of Harvard’s Program for Evolutionary Dynamics, and Corina Tarnita, a researcher in the program. The three authored a 2010 paper in the journal Nature, which prompted several letters of dissent. Wilson further elaborated on those ideas in his recent book, “The Social Conquest of Earth.”

On Thursday, Wilson, who is Harvard’s Pellegrino University Professor Emeritus and who received his Ph.D. in biology from the Graduate School of Arts and Sciences in 1955, said that the evolution of eusociality is better explained by group selection than kin selection. Under group selection, the primary competition is between groups of individuals, who band together to build, defend, and provision a nest. It is in the nest, Wilson said, that division of labor evolves, with some venturing outside to forage and others staying behind to care for the young.

While providing an overview of eusociality in general, Wilson focused his talk on human evolution and on the rise of our extreme “groupishness” — expressed today in our fervor for sports teams, clubs, and other groups that we join and whose competitions we follow. Natural selection — often in the form of intergroup violence — acted on human groups over the long reaches of history, favoring those that included individuals who would act altruistically, setting aside their own interests for the sake of the group.

That group loyalty, Wilson said, is at the root of both some of our finest and darkest impulses — our willingness to sacrifice for others and the xenophobia that underlies aggression against outsiders.

Wilson traced humankind’s rise from 6 million years ago when our ancestors split from the ancestors of modern chimpanzees. Early humans — largely plant eaters — radiated out into several species until one, Homo habilis, began to increase the proportion of meat in its diet, developing a larger brain.

A more recent ancestor, Homo erectus, had a brain that was larger still, lived in camps, foraged for food, had a division of labor, and was likely the first truly eusocial human, Wilson said. With groups formed, competition among them put natural selection to work, through attacks, vengeance raids, and other acts of violence.