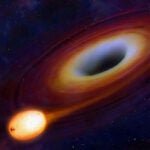 Daniel Yergin, a former professor at Harvard Business School and  Harvard Kennedy School and author of a Pulitzer Prize-winning book on the oil industry, credited technology for changing the domestic energy landscape. Recent innovations have made the United States less dependent on Middle Eastern oil, shifted the flow of energy to this country from one that was predominantly east and west to one that is increasingly north and south, and given the nation a bit more latitude on how it approaches international energy matters.

Though the world faces enormous energy hurdles in the coming decades as developing countries modernize, Yergin’s view is one of “reasoned optimism” because of an increased pace of energy innovation.

“Innovation is not an American or European enterprise. Innovation is really a global phenomenon,” Yergin said. “This great revolution in terms of innovation will continue.”

Yergin’s talk, “The Quest: Energy, Security, and the Modern World,” was sponsored by the Harvard University Center for the Environment as part of its Future of Energy lecture series. It was co-sponsored by the Belfer Center for Science and International Affairs. Yergin’s book, “The Prize: The Epic Quest for Oil, Money & Power,” won the 1992 Pulitzer for general nonfiction. His most recent book, on which his Wednesday talk was based, is “The Quest: Energy, Security, and the Remaking of the Modern World.”

Yergin embarked on the new book to provide an update on changes since the early 1990s and to broaden his focus from oil to the entire energy industry. Changes over the past two decades have been broad and sweeping, including the collapse of the Soviet Union, the rise of climate change as a global issue, China’s switch from oil exporter to importer, the rise of shale gas, the political effects of the Arab Spring uprisings, ongoing tensions over Iran, nuclear power’s changing outlook — altered again by Japan’s nuclear disaster — and increased attention to renewable energy.

The major questions about energy today, Yergin said, are growth in demand and the prospects of energy scarcity in the future, energy security related to the Middle East and new vulnerability to cyber attacks, and the environment.

The most recent issue involves the standoff over Iran’s nuclear program, Yergin said, and the efforts by the United States and Europe to close markets for Iranian oil. Those efforts are made extra difficult because they’re coming at a time of tight supply globally, Yergin said. Global energy demand used to be dominated by the developed world, but now the demand from developing countries is about equal to that of developed nations.

Yergin said that increasing demand from developing countries, combined with concerns about climate change, have worked together to change the global energy outlook, increasing the emphasis on renewable power sources and making renewable energy a global business.

The biggest change, however, involves the development of shale gas — natural gas released from shale deposits deep underground through a process of fracturing the rock by injecting water. Estimates suggest there are huge sources of natural gas in the United States that can be released through this method. The new supply has already driven down natural gas prices, created 600,000 jobs, and lowered energy prices enough to spark re-investment in U.S.-based manufacturing.

“I think we’re just beginning to see the economic impact of it,” Yergin said.

The hydraulic fracturing, or fracking, technique used to extract the gas, however, is a source of controversy, generating complaints about contaminated groundwater, increased truck traffic in rural areas, and air pollution from methane releases. Yergin said a lot of work is going on to address fracking’s environmental issues.

One major energy “source” is not a source at all. Yergin said that conservation has doubled U.S. energy efficiency since the 1970s and that a further doubling is still possible. New government fuel efficiency standards will continue to improve vehicle gas mileage, while improvements in other areas, such as the development of Boeing’s fuel-efficient Dreamliner aircraft, will continue to save energy.

Though these developments will change the U.S. energy picture, Yergin said he expects demand to keep up with supply increases. Renewable sources will be a bigger part of the energy mix, but they will complement, not replace, conventional fuels. The United States will be less dependent on Middle Eastern oil, but it will still be a big part of the nation’s energy mix.

Yergin is prepared for the picture to change again, perhaps dramatically. The potential for major changes grows after 2030, he said, when the current fleet of power plants is retired, clearing the way for plants based on new technology.

“This is a story with many surprises,” Yergin said.