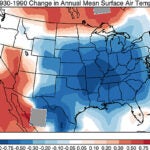 The mitotic spindle, an apparatus that segregates chromosomes during cell division, may be more complex than the standard textbook picture suggests, according to researchers at the Harvard School of Engineering and Applied Sciences (SEAS).

The findings, which result from quantitative measurements of the mitotic spindle, appear in the journal Cell.

The researchers used a femtosecond laser to slice through the strands of the organelle and then performed a mathematical analysis to infer the microscopic structure of the spindle from its response to this damage.

“We’ve been using this nanosurgery technique to understand the architecture and assembly of the spindle in a way that was never possible before,” says Eric Mazur, Balkanski Professor of Physics and Applied Physics at Harvard, who co-authored the study. “It’s very exciting.”

The spindle, which is made of protein strands called microtubules, forms during cell division and segregates chromosomes into the daughter cells. It was previously unclear how microtubules are organized in the spindles of animal cells, and it was often assumed that the microtubules stretch along the length of the entire structure, pole to pole.

Mazur and his colleagues demonstrated that the microtubules can begin to form throughout the spindle. They also vary in length, with the shortest ones close to the poles.

“We wondered whether this size difference might result from a gradient of microtubule stabilization across the spindle, but it actually results from transport,” says lead author Jan Brugués, a postdoctoral fellow at SEAS. “The microtubules generally nucleate and grow from the center of the spindle, from which point they are transported towards the poles. They disassemble over the course of their life span, resulting in long, young microtubules close to the midline and older, short microtubules closer to the poles.”

“This research provides concrete evidence for something that we’ve only been able to estimate until now,” Brugués adds.

Mazur and Brugués worked with Daniel Needleman, assistant professor of applied physics and molecular and cellular biology at Harvard, and Valeria Nuzzo, a former postdoctoral fellow in Mazur’s lab at SEAS, to bring the tools of applied physics to bear on a biological question.

The team used a femtosecond laser to make two small slices perpendicular to the plane of growth of the spindle apparatus in egg extracts of the frog species Xenopus laevis.

They were then able to collect quantitative data on the reconstruction of the spindle following this disruption and precisely determine the length and polarity of individual microtubules. Observing the speed and extent of depolymerization (unraveling) of the spindle, the team worked backwards to compile a complete picture of the beginning and end points of each microtubule. Finally, additional experiments and a numerical model confirmed the role of transport.

“The laser allowed us to make precise cuts and perform experiments that simply were not possible using previous techniques,” says Mazur.

With further inquiries into spindle architecture, the researchers hope that scientists will one day have a complete understanding, and possibly even control over, the formation of the spindle.

“Understanding the spindle means understanding cell division,” notes Brugués. “With a better understanding of how the spindle is supposed to operate, we have more hope of tackling the range of conditions — from cancer to birth defects — that result from disruptions to the cell cycle or from improper chromosomal segregation.”

The research was supported by the National Science Foundation and by a fellowship from the Human Frontiers Science Program.