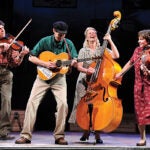 Guthrie in the outdoors

Will greet classes as they process at Harvard's 361st Commencement

The Harvard Alumni Association (HAA) announced that Raphael W. Bostic ’87 has been chosen by his classmates to serve as chief marshal for Commencement 2012 as the University concludes its yearlong 375th anniversary celebration.

A longstanding Harvard tradition, the chief marshal is elected each year from the ranks of the 25th reunion class. He or she greets classes as they process into Harvard Yard, designates “marshal’s aids” to help with Commencement duties as part of the HAA’s Committee for the Happy Observance of Commencement (“the Happy Committee”), and presides over the Chief Marshal’s Spread, one of the most anticipated culinary events of the festivities.

“It is incredibly humbling to be selected,” said Bostic, assistant secretary for policy development and research for the U.S. Department of Housing and Urban Development (HUD) and a professor at the University of Southern California (USC) School of Policy, Planning, and Development. “The role has an incredible legacy, and the talents and accomplishments of my classmates are so impressive, it was an honor just to be considered among them. I never imagined I would be chosen.”

Bostic follows in the footsteps of such notable alumni as Franklin D. Roosevelt 1904, David Rockefeller ’36, Ursula Oppens ’65, and Emily Mann ’74. Although the custom has been referred to as an “ancient” ritual of Commencement, a note in the 1892–93 Harvard Graduates’ Magazine indicates that the installation of a chief marshal might have begun as recently as the 1880s. Regardless of its provenance, the position is an important one, and it is filled each year by a person of accomplishment and Crimson élan — an apt description of Bostic.

“Harvard has been truly foundational for me and is a thread in everything I do,” Bostic said. “I learned so many things, both intellectually and interpersonally, that carry me today.”

Bostic noted that Harvard fostered an openness and a curiosity in all his endeavors, which today include “conducting research to better understand the world of housing and urban economics, with the goal of shaping policy and improving the lives of Americans and people across the world, and teaching leaders who will actually make that change.

“And thanks to another classmate, HUD Secretary Shaun Donovan,” Bostic added, “I have been given an opportunity to convert the theory into practice by serving in the Obama administration. To say this is an honor and privilege is to not do it justice.”

The founding director of the Casden Real Estate Economics Forecast, Bostic received the Special Achievement Award from the Federal Reserve Board of Governors in 2000 and served on the Mayor’s Industrial Development Advisory Committee, city of Los Angeles, in 2003.

“We are honored to have Raphael leading the alumni at Commencement,” said HAA President Ellen Gordon Reeves ’83, Ed.M. ’86. “His dedication to helping others across the country in his role at HUD, and to training future leaders at USC, marks him as a model Harvard citizen, a man committed to mind and action.”

Harvard’s 361st Commencement will be held on May 24. To attend the Alumni Spread Luncheon and the Annual Meeting of the Harvard Alumni Association (afternoon program), please visit the website.