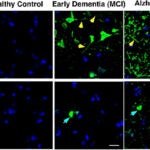 An opening against Alzheimer’s

New Harvard School of Public Health (HSPH) research suggests that routine mammography screening — long viewed as an essential tool in detecting early breast cancers — may in fact lead to a significant amount of overdiagnosis of disease that would have proved harmless. Based on a study of women in Norway, the researchers estimate that between 15 percent and 25 percent of breast cancer cases are overdiagnosed.

The study appears in the April 3 issue of the Annals of Internal Medicine.

“Mammography might not be appropriate for use in breast cancer screening because it cannot distinguish between progressive and nonprogressive cancer,” said lead author Mette Kalager, a visiting scientist at HSPH and a researcher at the Telemark Hospital in Norway. “Radiologists have been trained to find even the smallest of tumors in a bid to detect as many cancers as possible to be able to cure breast cancer. However, the present study adds to the increasing body of evidence that this practice has caused a problem for women — diagnosis of breast cancer that wouldn’t cause symptoms or death.”

Most women in the U.S. begin having annual mammograms in their 40s or 50s. But recent research suggesting evidence of overdiagnosis has increased debate about the benefits of screening. A number of experts have speculated that new treatments for breast cancer play a larger role in saving women’s lives than screening does — and have noted that overdiagnosis can cause unnecessary stress and unnecessary medical treatment.

Kalager says the new findings suggest that women should be well-informed not only about the potential benefits from mammography, but also about its possible harms — including mental distress, biopsies, surgeries, or chemotherapy and hormone treatments for disease that would never have caused symptoms.

The researchers analyzed data from 39,888 women with invasive breast cancer in Norway, 7,793 of whom were diagnosed during the 10-year rollout of the Norwegian Breast Cancer Screening Program, which began in 1996, for women ages 50 through 69. Because the screening program was phased in over time, the researchers were able to compare the number of breast cancer cases in women who had been offered screening with those not offered screening. The remaining study population consisted of two historical-comparison groups — mirroring the current groups — of women diagnosed with breast cancer from 1986 through 1995, before the nationwide program began.

The researchers theorized that if mammography is beneficial, it would lead to a decrease in late-stage breast cancer cases — the theory being that early detection prevents late-stage disease.

But the researchers did not find a reduction in late-stage disease in women who’d been offered screening. They did find, though, a substantial amount of overdiagnosis: Among the 7,793 women diagnosed with breast cancer through participation in the screening program, 15 percent to 25 percent were overdiagnosed — between 1,169 and 1,948 women. Based on those numbers, the researchers further estimated that, for every 2,500 women invited to screening, 2,470 to 2,474 will never be diagnosed with breast cancer and 2,499 will never die from breast cancer. Only one death from breast cancer will be prevented. But six to 10 women will be overdiagnosed, and treated with surgery, radiation therapy, and possibly chemotherapy without any benefit.

Support for the study was provided by the Norwegian Research Council and Frontier Science.