How to organize chaos 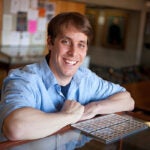 Television cameras vividly capture the havoc of disasters, and then document the heroic efforts to rebuild what was lost.

Often overlooked is the grinding work by debris recovery firms such as Phillips & Jordan Inc. to clear away the grim reminders of catastrophe. Someone has to pick up the pieces.

“For the past 20 years, Phillips & Jordan has been involved in some of the most prolific events this country has had the misfortune to experience,” said Ben R. Turner, president, in a recent Harvard talk. “We have had the pleasure or misfortune of being at the center of strategic planning and execution of the debris recovery mission for all of them.”

For two decades, the Knoxville, Tenn., company has responded to nearly every major disaster in the United States, from Hurricane Andrew in 1992, to the Sept. 11, 2001, terrorist attacks, to the Alabama and Joplin tornadoes of 2011.

Turner and the company’s CFO, Patrick McMullen, shared lessons from their work on Thursday during a “Trash Talk” lecture titled “Tornadoes, Twin Towers, and Hurricanes: 20 Years of Urban Disaster Clean-up.” The event at the Geological Lecture Hall was hosted by the Peabody Museum of Archaeology and Ethnology and moderated by Pamela Gerardi, director of external relations.

Imagine having your home destroyed by a flood, tornado, or hurricane. Asbestos shingles must be disposed. Freon discarded. TVs and appliances with lead and mercury recycled. Totaled cars drained of oil and trashed. Felled trees burned according to the law.

Those were a few of the challenges Phillips & Jordan faced as it raced to snag a contract for its first debris recovery job following Hurricane Andrew, which walloped Miami, leaving 300,000 homeless.

Founded in 1952, Phillips & Jordan was a construction company — that gave it some experience with heavy machinery. So, it learned debris removal on the job. And what were the lessons as it cleared out 63,000 acres?

Debris recovery required setting up off-site disposal locations. It was critical that the company hash out a plan to segregate hazardous waste and devise another for recycling. Regulators don’t stop enforcing rules when disaster strikes. The firm also determined that fixed-cost contracts were superior to cost-plus ones.

It earned $62.5 million for its first contract, moved 53,000 loads of debris, and garnered experience critical to its two biggest challenges in the years ahead — the World Trade Center terrorist attack and Hurricane Katrina.

Turner was contacted shortly after terrorists struck the World Trade Center towers. He and McMullen drove to New York and evaluated the massive task ahead.

Because the World Trade Center was a crime scene, Phillips & Jordan created a 3,000-acre facility at a Staten Island landfill to sort debris for evidence and human remains. A medical examiner and an anthropologist examined bones to ensure that they were human. (Fifteen restaurants operated at Ground Zero.)

Severe flooding during Hurricane Katrina forced the company to further refine its hazardous waste and recycling techniques for large-scale jobs, removing piles of asbestos and palettes of shrink-wrapped televisions, and disposing of Freon from worthless refrigerators.

Turner and McMullen said that they hope to improve practices in debris recovery by sharing their experiences.

The final event in the Trash Talk series —“Transforming Trash to Treasure: Cleaning Artifacts from Harvard Yard”— is scheduled for May 19.