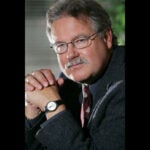 In the 1970s, Herbert Benson’s book “The Relaxation Response” described a method for easing moments of great stress — the opposite of the “fight or flight” mechanism that causes panic when it kicks in at the wrong time.

Now, Benson says, new research by his team at Harvard-affiliated Massachusetts General Hospital (MGH) demonstrates that the relaxation response can create genetic changes in irritable bowel syndrome sufferers, and with further study might be applied to the treatment of other diseases — even cancer.

“It’s effective with virtually all diseases with a stress component,” Benson said.

Benson is a Harvard Medical School-trained cardiologist and founder of the Benson-Henry Institute for Mind Body Medicine at MGH. He was one of the first Western doctors to popularize the use of traditional meditation methods to reduce stress and illness. The technique he emphasizes consists of repeating a word, thought, or prayer while breathing deeply and simultaneously banishing negative thoughts as they pop into your mind. The process lasts between 10 and 20 minutes every day.

He said he was especially interested in speaking before future public health officials about the benefits of mind-body medicine because, almost 40 years after his book was published, there’s still resistance in the medical community.

“Between 60 to 90 percent of visits to physicians in the mind-body realm are poorly treated by drugs,” Benson said.

It wasn’t always so.

“People have been practicing yoga for thousands of years — people daven, count the rosary, do tai chi,” Benson said. “What they were doing was using techniques they believed sustained health and well being — and they were correct.”

Research detailed in Benson’s 2010 book, “Relaxation Revolution,” shows that centuries’-old mind-body treatment can have a profound effect on the treatment of diseases — right down to the human genome.

“To the extent that stress is a factor in a disorder, the relaxation response resilience program is effective,” Benson said. “There are some where it is 100 percent curative, such as tension headache. There others where it can influence a major component, such as hypertension.”

The relaxation response has made a big difference in the treatment of irritable bowel syndrome, a disorder that leads to abdominal pain and cramping, changes in bowel movements, and other symptoms. According to the National Institutes of Health, the condition afflicts one in six Americans.

Benson hopes genome researchers can determine how effective stress control is, and then integrate it with existing drug and surgical techniques.

Benson said the relaxation response is best done in the morning before work. He warned against cutting corners — less than 10 minutes a day.

“It can’t be quick and dirty,” Benson said. “The more you do it, the more changes will occur.”