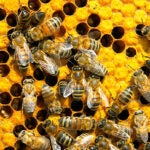 The 2009 H1N1 pandemic had the potential to be as deadly as the 1918 Spanish flu outbreak, which killed more than 50 million people, Canada’s chief public health officer said Monday, crediting modern medical science and public health practices for the far-lower mortality.

David Butler-Jones said were it not for the development of new antiviral drugs, medical equipment like ventilators, and other advances, global deaths would have far outstripped the estimated 12,000 to 18,000 from H1N1. Butler-Jones said the H1N1 outbreak was a lot like the Y2K computer bug, where the fear that massive computer failures would result from two-digit computer clocks resetting to 1900 instead of 2000 prompted a major effort to update equipment ahead of Jan. 1, 2000. Afterward, when there was little disruption, some critics complained that the effort had never been needed in the first place.

“People forgot that computers that weren’t treated did fail,” Butler-Jones said. “If the approach to public health [during H1N1] had been like it was in 1918, it would have been 1918 all over again … It was not a trivial event.”

Butler-Jones discussed a variety of public health issues, from flu pandemics to the spread of obesity to U.S. health care reform, during a visit to the Center for Government and International Studies’ Knafel Building. Butler-Jones delivered a talk called “Living Forward, Understanding Backward: Transforming Public Health in the 21st Century.” The event was sponsored by the Weatherhead Center for International Affairs and the Center for Population and Development Studies.

Butler-Jones said the world is lucky the H1N1 pandemic started in North America, where early action muted the spread of the worst strains. He also said that, although the pandemic is thought to have started in Mexico, within two days it was found coast to coast in Canada, meaning it probably had been there already. Butler-Jones said he is concerned about a more novel strain emerging, like the H5 or H7 avian flu viruses. He said that nature is the world’s “best bioterrorist,” with flu viruses potentially more easily spread and more lethal than any human anthrax attack.

“The lessons from the pandemic will put us in a better position,” Butler-Jones said.

The obesity epidemic is another major health concern, he said, with its companion rise in diabetes already affecting parts of the world, such as the Pacific Islands, where 30 percent of the population is diabetic. Butler-Jones questioned the effectiveness of approaches such as raising taxes on unhealthy foods, and said that, instead, the government should subsidize healthy foods, which should be placed prominently close to cash registers, with junk food in the back.

“It’s not about getting rid of bad choices, but making good choices cheaper and easier,” Butler-Jones said. “There’s actually a fair bit of evidence that if people have a choice and it’s an equal choice, they will do the right thing.”

Other modern challenges include how to communicate effectively with the public at a time when the channels to do so are fractured into many different streams, split among social media, the Internet, and traditional outlets.

Public health has also become much more political, he said, a situation that has both advantages and disadvantages. While added prominence brings more attention to public health messages and greater funding, it also brings more expectations and scrutiny.

With respect to obesity, Butler-Jones said, that means more attention from other government ministries to youth sports and recreation, as well as to how schoolchildren spend their after-school hours.

As for health care reform in the United States, Butler-Jones said the size of the vested interests involved and the polarization of the opposing sides in the dispute will make it a difficult fight. The biggest challenge will be to create coalitions, which are only built on mutual respect, even among those who disagree.