To help the environment, manufacture 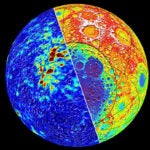 Magnetism on the moon

At a time when living sustainably and reducing waste are key topics in the national environmental discussion, Pope added a new wrinkle. The transformation required to meet the climate challenge, he said, involves no less than rebuilding or refurbishing virtually every American home, factory, school, power plant, hospital, and motor vehicle to become cleaner and greener over the next three to four decades.

That level of transformation will require a host of new environmentally friendly products that can be delivered by high-tech manufacturing, much of which left the United States in recent decades. These are the factories and jobs, Pope said, that America should fight to get back. In addition to providing access to new products, the advanced factories would create related supply chains and distribution networks that would provide thousands of jobs and help further transform the economy, he said.

Pope spoke at the Science Center in a talk titled “Bringing Back America: How Reviving Our Manufacturing Sector Is the Big Issue in the 2012 Election.” The talk was presented by the Harvard University Center for the Environment as part of its Future of Energy lecture series. Pope was introduced by center director Daniel Schrag, the Sturgis Hooper Professor of Geology and professor of environmental science and engineering. He said that the Sierra Club, under Pope’s leadership, became the nation’s leading environmental nongovernmental organization.

Pope, who graduated from Harvard College in 1967, said one thing he learned here was to be skeptical of accepted wisdom, because a lot of times, it’s wrong. Today, he said, it is becoming clearer that our concept of what’s going on with global warming is wrong. Though it may be true that Earth, on average, is getting warmer, the manifestation of that change will not necessarily be a steady change to a warmer climate, but rather widespread climate instability. This will ultimately threaten the age-old association between certain climates and specific locations.

“What we are doing is unleashing a highly unstable climate rather than an intrinsically warmer climate,” Pope said.

Pope said there are also misconceptions about why America has lost advanced manufacturing sectors. One of the biggest, he said, is that U.S. wages are too high. While that may be the case for low-tech manufacturing of clothing and shoes, industries that can employ workers with few skills, advanced manufacturing requires skilled workers. Wages, to begin with, make up just 10 percent of electronic factories’ cost. In addition, Pope said, the wages being paid to workers in countries that lure these jobs away aren’t markedly different from those in the United States.

Instead, Pope said, it is worker shortages, infrastructure problems, and a tangle of rules, regulations, and tax policies that ultimately make the United States appear unfriendly to these industries. He offered several examples, including one involving a windmill manufacturer that had to ship huge turbine blades across several states to their destination. Because states regulate highway transit differently, the shipping required a crane at each state border to reposition the blades. The existence of regulations determining how such large objects are shipped isn’t a problem, Pope said, but that they are different for each state presents a huge obstacle.

He offered another example of a chip plant proposed for Long Island that wound up moving to Taiwan when its water supply couldn’t be guaranteed. The developer, Pope said, was told that the priority for water in a drought would be below that of golf courses because they were built first. Even American automakers are burdened by the U.S. system of having employers, not the government, pay for retiree pensions and health care, creating a lasting burden long after workers have left the factories.

Though the issues are complex, because the obstacles are related to policy, they can be fixed with the right leadership, Pope said. He cited the case of the U.S. semiconductor industry, which was shifting to Asia in the 1980s when the Reagan administration made a concerted effort to keep it, and the Obama administration’s efforts to lure back advanced battery manufacturers — seen as a key component in electric vehicles — which increased the U.S. share of the industry from 3 percent to 35 percent in several years.

“If I am even vaguely right, our economy has to be highly innovative and fast moving,” Pope said. “We have to again be a country that makes things.”