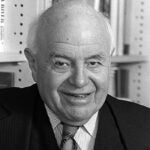 Registered dietitians don’t get to make a wish each March for National Nutrition Month. But if they did, Michelle Gallant’s might be this: for everyone to just stop dieting.

It sounds a bit strange. After all, Gallant’s job is to help people eat better, a mission that conjures an image of a food-pyramid-wielding spoilsport out to replace our burgers and milkshakes with spinach and whole grains.

“People think of us as the food police,” Gallant said one afternoon in her Harvard University Health Services (HUHS) office. “But I call myself the no-diets dietitian.”

As one of only two full-time clinical dietitians at HUHS, Gallant juggles many duties at the University. She counsels clients with eating disorders, advises patients with diabetes or high cholesterol on their food choices, and educates everyone from bewildered freshmen to busy graduate students to new parents on how to manage meals.

But Gallant is best known for her classes on intuitive eating, which she has taught through HUHS since 2009. Over the course of 10 Wednesday evenings, her small group of chronic dieters — some students, some staff, some spouses, almost always women — learn to rewire their relationships with food and redefine what it means to be healthy.

“To see the energy that people are wasting being preoccupied with food and body image and weight, it’s debilitating,” Gallant said. Americans’ obsession with dieting and the elusive ideal of fitness “has totally colored the way we eat. It’s made eating a project and a chore, instead of one of life’s great pleasures.”

The goal of intuitive eating, she explained, is to help people “unleash that energy they’ve put toward food to do better things in their own lives and in the world.” In the seven times she’s taught the course, she has heard success stories. One of her students started a band. Another found the courage to take up belly dancing. A third put that energy toward academics and wrote an award-winning thesis.

It sounds a little too feel-good to be true. But as more studies show that fad diets don’t work long term, Gallant and other dietitians are starting to advocate not for a set of foolproof nutritional rules, but for a psychological transformation in the way we view food and weight.

“It’s not a fringe thing,” Gallant said, citing the widely embraced book “Intuitive Eating,” by Evelyn Tribole and Elyse Resch, and the increasingly popular “Health at Every Size” movement. “There’s a scientific basis for it, and it’s growing as people realize just how frustrating diets can be, and how much they don’t work. This is about trying to reach a size that is natural for you, whatever that might be.”

The goal isn’t to lose weight, but to become what Gallant calls a “competent eater,” a mindset that entails a more holistic approach to food. That means giving oneself unconditional permission to eat, enjoying food, paying attention to the body’s signals of hunger and fullness, and being reliable about meals (no skipping or binge-eating).

Even after someone realizes his endless cycle of diets isn’t working, he must still undergo “a desensitization process around food.” The mental tics that chronic dieters fall back on — singling out “good” and “bad” foods or calorie counting, for example — create “a lot of anxiety around food that actually causes people to eat more than they’re hungry for,” she said. “When you give yourself permission to eat, you gain control of your eating. You can savor the food and be done with it.”

Despite growing up as an overweight child in Lynn, Mass., Gallant managed to avoid the feedback loop of constant dieting, a lucky fate that might seem unthinkable for today’s media-saturated kids.

“I think it goes back to my mother, and how she always fed us very well. Food was a center of our life, and the way she showed love,” said Gallant, one of five siblings. “But I was never put on a diet. I thank my mother and the wise old family doctor for not doing that to me.”

Instead, she got hooked on nutrition in high school, when she took a course on dietetics at Massachusetts Institute of Technology. The field’s scientific rigor, its many hands-on applications, and the ability to help others appealed to her.

After earning degrees from Framingham State College and Syracuse University, she worked at a number of jobs in the Syracuse area: private practice nutrition therapist, home-care nutritionist, hospital dietitian, diabetes-management educator for the Wegmans grocery chain. In 2008, she took the HUHS job and moved back to New England to be closer to her family.

To relax, she cooks and bakes bread by hand in her Belmont home. She has a few favorite chefs (“Everyone should have a copy of Mark Bittman’s ‘How to Cook Everything’”), but shuns the celebrity-driven theatrics of modern cuisine.

“There’s a lot of drama around food now,” Gallant said. “People are thinking their meals have to be spectacular. They don’t. Just get yourself fed.”