Pondering health, at home and abroad 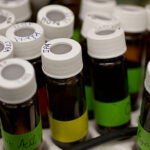 The world is in the midst of a health care transition in which the primary threat increasingly comes from chronic diseases rather than infectious ones, and where the ailments of the elderly are supplanting the diseases of the young.

That was one message coming from Harvard Business School last Friday, as speakers discussed health care internationally and in the United States during an “Innovations in Health Care Think Tank” sponsored by the Advanced Leadership Initiative.

The two-day event was chaired by Barry Bloom, former dean of the Harvard School of Public Health, who told the audience that today’s transition comes after decades of success that have raised the life expectancy from 47 in 1900 to as high as 87 in some countries. That has resulted in a demographic transition where the population over age 65 is increasing rapidly. The second shift results from success in fighting infectious diseases and the spread of unhealthy lifestyles that are abetting the rise of chronic diseases around the world, including heart disease, obesity, and diabetes.

Several speakers said there is a growing understanding that health care is not just an economic cost, but also an investment that results in greater economic activity. Bloom attributed the recent increase in the prosperity of Asian nations to a one-time “demographic gift” from a dramatic decrease in infant mortality, coupled with national efforts to educate a larger population of surviving children.

“That’s the economic miracle, and we’d like to see that spread to other countries,” Bloom said.

Rifat Atun, professor of international health management at Imperial College, London, said much progress has been made in improving global health, but future improvement depends on shifting the conversation from focusing on specific diseases to health platforms that buttress leadership, expand coverage of health services, and build health systems.

Atun and other speakers spoke about innovative programs in nations as diverse as China, the United States, Nigeria, Rwanda, and India. The presentations covered ailments ranging from river blindness to AIDS to heart disease and diabetes.

Several speakers discussed the importance of private industry in improving global health, saying that, although companies potentially have a lot to offer, they need partnerships with national governments and local buy-in to create successful projects. Merck & Co., for example, has played an instrumental role in fighting some diseases, such as AIDS, cervical cancer, and river blindness. In the latter case, Merck has donated medicine to treat the ailment since 1987, preventing an estimated 40,000 cases annually, according to Mark Feinberg, former vice president and chief public health and science officer at Merck Vaccines.

The think tank was attended by students, faculty members, and fellows from the Advanced Leadership Initiative, senior leaders in a variety of fields who are interested in applying their skills to social problems, including health and welfare, children, and the environment. Rosabeth Moss Kanter, the initiative’s chair and director, as well as the Arbuckle Professor of Business Administration, said the think tank was attended by this year’s fellows, as well as some from past years.

“We’re trying to create experts in how you go from what’s being done to what should be done,” Kanter said.