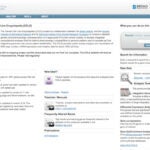 Writing the book of cancer knowledge

Paying hospitals to improve their quality of care, known as pay-for-performance, has gained wide acceptance in the U.S., and Medicare has spent tens of millions of dollars on bonuses and rewards for hospitals to improve. However, little is known about whether pay-for-performance (P4P) actually improves patient outcomes over the long term. A new study from Harvard School of Public Health (HSPH) finds no evidence that the largest hospital-based P4P program in the U.S. improved 30-day mortality rates, a measure of whether patients survive their hospitalization.

Given that the Affordable Care Act calls for the Centers for Medicare and Medicaid Services (CMS) to expand pay-for-performance to nearly all hospitals in 2012, the findings call into question whether this payment approach will have a beneficial effect on patient care.

The study appears online March 28 in the New England Journal of Medicine.

“These results suggest that the way we have currently conceived of pay-for-performance is unlikely to have any meaningful impact on patient outcomes,” said Ashish Jha, associate professor of health policy and management at HSPH and lead author of the study.

The researchers, including senior author Arnold Epstein, professor and chair of the Department of Health Policy and Management at HSPH, analyzed data provided by 252 hospitals participating in Medicare’s Premier Hospital Quality Incentive Demonstration program. They examined 30-day mortality rates for more than 6 million patients with acute myocardial infarction, congestive heart failure, pneumonia, or coronary artery bypass graft surgery between 2004 and 2009. Non-Premier hospitals — those not part of Medicare’s pay-for-performance program — were used as a control group.

The results showed that there was no impact on patient outcomes for hospitals in the Premier pay-for-performance program compared with non-Premier hospitals. In addition, no difference was found in outcomes even for conditions in which mortality rates were explicitly incentivized — acute myocardial infarction and coronary bypass graft surgery. Even among poor-performing hospitals, which have the most to gain by improving quality of care, improvements were comparable to poor-performing non-Premier hospitals.

“Our findings suggest that both the size of the incentives and the targets matter. In the Premier demonstration, the incentives were small and patient outcomes were not the major focus. It is not surprising, in retrospect, that this program failed to improve patient care,” said Epstein.

“We need to better align financial incentives with delivery of high-quality care,” said Jha. “This study suggests that in order to improve patient care, we are going to have to work a lot harder to identify and implement an incentive program that works.”

The study was funded by the Robert Wood Johnson Foundation.