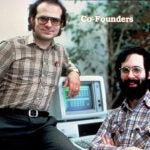 A vision of computing’s future

Harvard’s Ur uses satellite images to search for ancient settlements

For decades, working as an archaeologist meant being, as Jason Ur, the John L. Loeb Associate Professor of the Social Sciences, puts it, “the guy with the muddy boots.”

Ur and researchers like him may soon be able to avoid some of that mud, however, thanks to a system he developed that uses computers to scour satellite images for telltale clues of human habitation. Already, he said, the system has uncovered thousands of potential ancient settlements that might reveal clues to the earliest complex human societies.

As described in a paper published March 19 in the Proceedings of the National Academy of Sciences, Ur worked with Bjoern Menze, a research affiliate in MIT’s Computer Science and Artificial Intelligence Laboratory, to create software that uses a series of factors — including soil discolorations and the distinctive mounding that results from the collapse of mud-brick homes — to identify ancient settlements.

Armed with that profile, Ur examined satellite images of a 23,000-square-kilometer area of northeastern Syria, and turned up approximately 9,000 possible settlements, an increase of “at least an order of magnitude” over what had previously been identified.

“I could do this on the ground,” Ur said, of the results of the computer-aided survey. “But it would probably take me the rest of my life to study an area this size. With these computer science techniques, however, we can immediately come up with an enormous map which is methodologically very interesting, but which also shows the staggering amount of human occupation over the last 7,000 or 8,000 years.

“Working in this area is particularly important,” Ur added, “because these parts of northern Iraq and northeast Syria were home to some of the earliest complex societies in the world. We are extremely interested in these places because they can help us answer questions about the origins of urbanism, settlement patterns and demographic shifts, and how people exploited their landscape.”

Though traditional archaeology does an excellent job of describing how people lived in the past, it is simply too small-scale to address issues that demand a wider area of focus, Ur said.

“The way we get at these issues is not through excavation,” he explained. “We do this by surveying. The traditional way of doing that has been to go out and walk around. We can find these locations based on surface manifestations. In the Middle East they have a different colored soil, the result of the decay of centuries of mud brick houses, as well as people burning things and people going to the bathroom. But the real kicker is that you can see these soil discolorations — you don’t have to walk across it, you don’t even have to get close to it — you can see it from space.”

To get that view from space, Ur until recently relied on hundreds of declassified 1960s-era spy satellite photographs. As a research tool, however, the images are less than perfect. Because they predate digital photography, Ur was forced to study each image by hand — a painstaking process ultimately dependent on his subjective view of what is or isn’t an ancient settlement. In addition, he said, the images are in black and white, making the identification of sites even more challenging.

“The innovation of this project has been to take advantage of satellite imagery that sees beyond what the human eye can see,” Ur said. “ASTER can see red and green, but it can also detect the near-infrared and a number of subsequent wavelengths.

“In addition, ASTER images are born digital,” Ur continued. “That allows us to develop a profile based on places that we know are archaeological sites, then use software to identify places that have similar signatures.”

Working with Menze, Ur used approximately 160 images of a region he’d previously surveyed in precise detail to develop a program that can scour digital images and produce a probability map that identifies areas likely to be ancient sites. Neither, however, expected the software to come up with some 9,000 possible sites.

“It’s a bit breathtaking to think of those numbers,” Ur said. “It instantly makes this area one of the best-known archaeological areas in the world.”

Though the software does appear to be a quantum leap forward in finding ancient sites, Ur said its results do come with one major caveat.

“This process can tell us what is likely to be an archaeological site, but what it cannot tell us is when that site was occupied by humans,” he said. “For that, we have to visit these places and find artifacts that allow us to date the site. The satellite cannot do that for us.”

In his next project, Ur plans to use the technology to study settlements in northern Iraq, but said he hopes other researchers will also take advantage of the technique as a way to make their fieldwork more effective by reducing the time needed to find sites worth studying.

“This doesn’t replace me, but it makes my job easier, and it makes my results a lot better,” he said. “Field work is expensive – we have limited time, and this allows us to focus our work so we can begin to recover these places and do the collection of artifacts that allows us to say when people were here. What’s more, anyone who comes back to this area for any future survey would already know where to go. There’s no need to do the initial reconnaissance to find sites. This allows us to do targeted work, so it maximizes the time we have on the ground.”