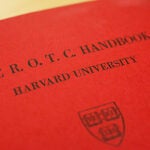 Shannon Cleary wanted a challenge. So, one day early in the spring semester, she climbed onto a stationary bike and started spinning.

“I don’t know how to ride a bike,” says the Harvard College senior. “It was really hard! I kept thinking I was going to fall off. By the end of the class, though, I felt like I got the hang of it. It turned out to be a lot of fun.”

Cleary was one of dozens of University affiliates who took part in Harvard Recreation’s annual Team Fitness Challenge (TFC), held at the Malkin Athletic Center (MAC) and Hemenway Gymnasium Feb. 6 to March 9. Participants competed in teams of six to eight people to see which could log the most minutes at the gym. This year, DGB Domination put in more than 20,000 minutes of sweat equity to claim the crown.

“Our goal is to get people excited about working out,” says Katie Egan, assistant general manager of Hemenway and one of TFC’s organizers. “Everyone wants to be healthy, but people have different challenges: discipline, time. … By putting them on a team together, TFC provides additional motivation. No one wants to let their teammates down.”

The rules are simple. Participants go to the gym each week and keep track of the time they spend working out. At the end of the week, they report their minutes to the team captain, who passes the information along to TFC organizers. Participants are asked to swipe in at the MAC and Hemenway to verify their workouts.

“We work on the honor system,” Egan says. “Team members keep track of their own minutes. We can check swipes to make sure that people were actually at the gym or taking a class.”

Egan says that TFC limits gym time to 90 minutes per day to model a healthy approach to fitness.

“We don’t want to encourage overexercising,” she says. “Our target is the American College of Sports Medicine recommendation of 150 minutes of moderate-intensity activity each week.”

Cleary says that the team aspect of TFC got her up and moving, even on cold, wet February days. A member of the Delta Gamma sorority, Cleary took the challenge with her sisters, who named their team “#thefun.” She says that she was always able to find a workout partner and, as a result, was able to get to the gym four times a week, for about two hours total.

“Whenever I needed a workout partner, I shot an email out to the people in my sorority,” she says. “I found out that if you reach out to enough friends, someone will always say yes.”

Egan says that the Harvard community’s response to TFC has been robust ever since its launch in 2006. This year, close to 300 University affiliates participated in the program on more than 30 teams. In all, TFC team members logged nearly 200,000 minutes of running, aerobics, yoga, Zumba, weight training, and other activities. Egan says that the program owes at least part of its success to timing.

“People make New Year’s resolutions and want to get back into shape,” she says. “They think about how much time and energy they want to dedicate to their health. We reach out to these people, who aren’t die-hards and who might need a little push. The TFC provides some additional motivation.”

Cleary says she got the program’s message.

“One of the things I’ll take away from TFC is that fitness is a priority,” she says. “I can fit it into my life no matter how busy I am.”

Harvard On The Move, which is a University-wide initiative created to promote physical and psychological wellness though noncompetitive walking and running programs, is kicking off its spring schedule. To learn more, visit its website. On April 1, Harvard On The Move will team up with Cambridge for its Cambridge City Run. To learn more about the five-mile run (or 5k walk) visit its website.