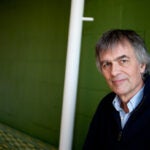 A subpopulation of the immune cells targeted by HIV may play an important role in controlling viral loads after initial infection, potentially helping to determine how quickly infection will progress. In the Feb. 29 issue of Science Translational Medicine, a team of researchers from the Ragon Institute of MGH, MIT and Harvard describe finding a population of HIV-specific CD4 T cells — cells traditionally thought to direct and support activities of other immune cells — that can directly kill HIV-infected cells.

“We observed the emergence of CD4 T cells able to kill HIV-infected cells in those patients who are able to control viral replication soon after acute infection,” says Harvard Medical School Assistant Professor of Medicine Hendrik Streeck, a Ragon Institute faculty member and senior author of the report. “These cells appear very early in HIV infection, and we believe they may set the stage for the course of the disease.”

The primary role of CD4 T cells is to assist other cells of the immune system; and their importance is illustrated by how completely the immune response collapses after the cells, the main cellular targets of HIV, are destroyed. Ironically, CD4 cells that are specifically targeted against HIV are preferentially infected and depleted by the virus.

However, although HIV-specific CD4 cells have not been a major focus of vaccine research, these cells may have an important role in controlling HIV infection. “Every successful licensed vaccine induces CD4 T cell responses to some extent,” Streeck explains, “and we know from many other viral infections that the success of the immune system in gaining control is best achieved in the presence of strong CD4 T cell responses.”

To investigate whether CD4 T cell responses are important in the early control of HIV infection, the Ragon Institute team enrolled a group of 11 volunteers who were in the earliest stages of HIV infection, a time when viral levels are exceedingly high. A year into the study, participants were divided into two groups based on the level of HIV in their bodies — one group was able to keep HIV at low levels while the other group apparently had no immune control over HIV replication. Retrospective analysis of samples taken throughout the year showed striking differences in the CD4 T cell responses in both groups. While the HIV-specific CD4 responses in the group that did not control HIV replication quickly dropped and stayed low, the same response increased significantly in participants able to effectively control the virus, suggesting a role for HIV-specific CD4 cells in viral control.

Additional experiments revealed that the HIV-specific CD4 T cell responses showed activity associated with cell-killing and could even destroy HIV-infected macrophages — an unusual function for CD4 T cells, which have traditionally been seen as helper cells. In addition, the researchers determined that the presence of a specific cell-death protein called granzyme A prominently distinguished HIV-specific CD4 cells of participants maintaining a lower “viral set point” from those less able to control viral levels.

To validate these findings, the researchers examined a larger group of HIV-infected individuals and found that those with higher levels of granzyme A in their HIV-specific CD4 T cell response immediately after infection progressed more slowly to AIDS and did not require antiretroviral therapy as quickly as did those with lower levels of the protein. “The key baseline difference between these two groups has to do with the quality, not the quantity, of the HIV-specific CD4 T cell response,” explains Streeck. “In those who progressed to a lower viral set point, the early CD4 response was dominated by granzyme A expression, which was highly predictive of the rate of disease progression.”

Associating a particular CD4 T cell activity with more successful suppression of viral levels suggests that inducing such responses with a vaccine may be beneficial, Streeck notes. In addition, the association of granzyme A expression with a more effective HIV-specific CD4 cell response suggests that measuring levels of the protein may allow prediction of disease outcome at the earliest stages of infection, something that is not currently possible. Future studies will need to explore the mechanisms underlying the cell-killing activities of the CD4 cell response and the functional and prognostic role of granzyme A.

The lead author of the Science Translational Medicine report is Damien Soghoian of the Ragon Institute.