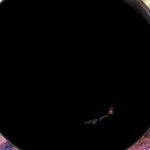 Geometric study leads to a new type of compressible capsule

Inspired by a spherical toy that expands and collapses, researchers at Harvard and the Massachusetts Institute of Technology (MIT) have created a new type of engineered capsule, called a “buckliball,” that exploits the phenomenon of buckling.

The same types of mechanisms that allow a Venus flytrap to snap its jaws, or a dry, windswept grain of pollen to swell when it reaches moisture, now lend themselves to an inventive study of geometric expansion and contraction.

The research was led by Katia Bertoldi, assistant professor in applied mechanics at the Harvard School of Engineering and Applied Sciences (SEAS), and Pedro Reis, Edgerton Assistant Professor of Mechanical Engineering and Civil and Environmental Engineering at MIT. The findings appear this week in the Proceedings of the National Academy of Sciences.

“The buckliball not only opens avenues for the design of foldable structures over a wide range of length scales, but may also be used as a building block for creating new materials with unusual properties, capable of dramatic contraction in all directions,” says Bertoldi.

Motivated by the desire to determine the simplest 3-D structure that could take advantage of mechanical instability to collapse reversibly, the engineers were stymied — until one of them happened across a collapsible, spherical toy that resembled the structures they’d been exploring.

The toy was complex, with no fewer than 26 solid moving elements and 48 rotating hinges, but it inspired something simpler.

The result is the buckliball, a hollow silicone sphere. It has no moving parts, but is fashioned with 24 carefully spaced dimples. When the air is sucked out of a buckliball with a syringe, the thin ligaments between dimples collapse.

When these ligaments buckle, the thicker ligaments forming rows between dimples undergo a series of movements the researchers refer to as a “cooperative buckling cascade.” Some of the thick ligaments rotate clockwise, others counterclockwise — but all move simultaneously and harmoniously, turning the original circular dimples into vertical and horizontal ellipses in alternating patterns before closing them entirely.

As a result, the buckliball morphs into a rhombicuboctahedron about half the size (46 percent) of the original sphere.

The researchers named their new structure for its use of buckling and its resemblance to buckyballs, spherical all-carbon molecules whose name was inspired by the geodesic domes created by architect-inventor Buckminster Fuller.

The buckliball, according to the researchers, is the first morphable structure to incorporate buckling as a desirable engineering design element.

“In civil engineering, buckling is commonly associated with failure that must be avoided,” explains Reis. “For example, one typically wants to calculate the buckling criterion for columns and apply an additional safety factor, to ensure that a building stands.”

“We are trying to change this paradigm by turning failure into functionality in soft mechanical structures,” he adds. “For us, the buckliball is the first such object, but there will be many others.”

Because their collapse is fully reversible and can be achieved without moving parts, morphable structures such as the buckliball have the potential for widespread applications, from the micro- to macroscale. They could be used to create large buildings with collapsible roofs or walls, tiny drug-delivery capsules, or soft movable joints requiring no mechanical pieces. For instance, a robotic arm could be built from a single piece of material using a precisely engineered pattern of dimples at the intended hinging points that, when activated by a pressure signal, would bend.

(They also have the potential to transform Transformers and other kinds of toys. The toy that provided the researchers’ epiphany is the Hoberman Twist-O.)

Bertoldi’s research group at Harvard uses tools from continuum and computational mechanics to unravel the mechanics of soft structures. Reis’ research at MIT uses precision tabletop-scale lab tests and mathematical analysis to determine the basic physics underlying the mechanical behavior of materials. The two teams collaborated on the buckliball: Reis’ team performed the lab experiments with the help of digital fabrication techniques (such as 3-D printing) to create objects with precise geometry, and Bertoldi’s group used computation to further analyze the detailed mechanics of the process.

Elizabeth Chen, a recent graduate of the University of Michigan who was visiting Harvard at the time, determined that only five spherical geometric structures have the potential for reversible buckling-induced collapse. (The specific example of Fuller’s 12-hole rhombicuboctahedron that collapses into a cuboctahedron is one of these five.) Design parameters for buckliballs include dimple size, the thickness of the thin shell inside the dimple, and the stiffness of the material used to fabricate the buckliball.

Nature, it appears, has already figured this out. Viruses inject their nucleic acids into a host through a reversible structural transformation in which 60 holes open or close based on changes in the acidity of the cell’s environment, a different mechanism that achieves a similar reversible collapse at the nanoscale.

The buckling process used in the buckliball induces folding in portions of the sphere, similar to the way paper folds in origami, so the researchers place their work in a larger framework of buckling-induced origami they call “buckligami.”

Bertoldi and Reis’ co-authors included Chen, who will join Harvard as a postdoc in the fall; Jongmin Shim, a postdoc at Harvard; and Claude Perdigo of MIT.

The work was partially funded through a National Science Foundation grant to the Harvard Materials Research Science and Engineering Center, and by funds from the Kavli Institute for Bionano Science and Technology at Harvard, SEAS, and MIT.