A therapist at your fingertips 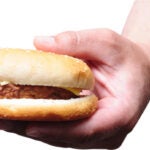 Are you constantly overcome with worry, perhaps about what to do if your children or parents got sick, how to pay your bills, or whether that mole on your hand is the first sign of a medical scare? Does the thought of going to a party and meeting people you don’t know fill you with dread? Are you terrified of speaking in public?

In a first-of-its-kind study, researchers at Harvard University are exploring the use of gamelike programs on smartphones to treat anxiety. The recently completed study, by graduate student Phil Enock, Psychology Professor Richard McNally, and their Boston University colleague, Professor Stefan Hofmann, found that playing a simple game — pressing buttons after viewing images of faces — for a few minutes a day over a month reduced anxiety for hundreds of study participants.

While the study demonstrated that cognitive bias modification, a form of therapy that seeks to correct automatic and maladaptive cognitive habits, can be delivered through a handheld device, researchers said such programs are a valuable supplement to, not replacement for, other therapy techniques.

“Computerized methods, I think, are going to have a big role in mental health, but there’s no reason to think they will replace therapy or even a particular part of therapy,” said Enock, the study’s first author. “Studies have shown that mental illness — particularly anxiety and depression — is very prevalent, and that most people who need help aren’t getting it.

“For those people, I would say, here is an easy option,” he continued. “I don’t see this as competing against any therapy. If we can establish that this type of treatment can help, we will have to explore how it can be layered into or combined with traditional treatments. But we have a long way to go, and need to continue testing them.”

But while the notion of bringing therapy to the devices that millions carry in their pockets is new, the type of therapy McNally and Enock used in the study isn’t.

The cognitive bias modification therapy used by McNally and Enock involved a gamelike program that displays two faces — one hostile, the other neutral — for a split second before replacing them with a single letter.

Studies have shown that, when confronted with a crowd, people with high anxiety tend to automatically fixate on those who seem hostile, thereby exhibiting an attentional bias for threat. The result, McNally said, is that a simple laugh at a party can send someone into a downward spiral, panicked that they are being made fun of, while a person speaking in public may focus on the face of a single bored person, and ignore the interested, engaged listeners.

For study participants, the goal is simple: After seeing the faces, push a button that corresponds to the letter shown. By consistently making the letter appear in the area that showed the neutral face, the program trains the mind to pull its attention away from the hostile face, leading to reduced anxiety.

The results suggest that, in the future, when people feel stressed, they may want first to consider reaching for their phone.

Curiously, McNally said, studies conducted using desktop computers haven’t reported similar improvements in the control group, suggesting that playing the game on a handheld device, regardless of which version you play, may offer additional therapeutic benefit.

“The results are both encouraging and confusing,” McNally said. “The encouraging part is that people did get better, but the irony is that our control group also did well. We’re not quite sure what the heck is going on, to be perfectly honest. But it seems as if people get better when using a smartphone app, and they’re nontrivial improvements.”

At least some of those improvements, McNally believes, can be chalked up to a form of the placebo effect. Many of the test subjects who showed the greatest improvement had volunteered for the study after reading an article in the Economist, he said, suggesting that many may have believed the therapy would work simply because it had been reported on in the well-known publication.

Another possible explanation, McNally said, is that simply exercising agency — that is, moving to combat their anxiety — led the test subjects to improve.

“Just by taking steps to conquer your social anxiety, exercising agency alone can inspire hope, motivating people to confront their anxieties in everyday life,” he said. “It’s conceivable that it may be working through those mechanisms in addition to or in place of correcting an attentional bias for threat. We’re not sure.”

To get at those questions, McNally’s research team is now at work on a second study that examines one of the most common anxieties, the fear of public speaking.

Though different in design than the earlier study — the public speaking study is not conducted via smartphone, participants must come to the lab to take part — the technique is nearly identical. Following a brief screening, volunteers give a short speech in front of a video camera, which researchers watch for signs of anxiety, such as shaking hands or sweating.

Over the next several weeks, participants come to the lab to play the aforementioned computer game, but unlike the prior study, this one also includes a task requiring subjects to identify the direction in which an arrow is pointing. The trick, McNally said, is that there are other arrows on the screen distractingly pointing in the opposite direction. To perform this task correctly and quickly, subjects must learn to exercise executive control over their attention.

“We’re measuring the same type of social anxiety, but we’re also interested in testing executive control, or the ability to deploy attention in the direction you want to deploy it,” McNally explained. “That is, people suffering from social anxiety might have more global difficulties controlling the focus of their attention in addition to selectively focusing on the negative aspects of situations.”