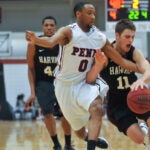 Take this scenario: A patient has discovered a lump on her thyroid but three biopsies have failed to determine if it is cancerous or not. Trying to sort out the confusing choices, she, as many patients do, asks her physician, “What would you do?”

The answer may seem to add to the confusion, but it reflects a new paradigm proposed by Harvard doctors and best-selling authors Jerome Groopman and Pamela Hartzband, a couple who believes that understanding your medical mindset — and that of your doctor — will help guide your decisions.

“If it were me, I would watch and wait. If it were my husband, he would have had surgery yesterday,” said Hartzband.

That’s because Hartzband and Groopman, while both distinguished doctors, have different “medical minds,” or different approaches for wading through the myriad of conflicting advice from medical experts and drug and insurance companies.

The pair expounded on that concept, the subject of their 2011 book, to a packed audience at the main branch of the Boston Public Library on Monday, for the third event in the John Harvard Book Celebration series. The series, which is part of Harvard’s 375th anniversary, is bringing Harvard faculty speakers and programs to all 34 branches of Boston and Cambridge public libraries from January through May.

Groopman and Hartzband, who both teach at Harvard Medical School, discussed both their research and their personal approaches in the talk, titled “Your Medical Mind: How to Decide When Experts Disagree.” The rapt audience was led through a provocative “thought experiment” as the pair explained with simple yet compelling examples how patients can approach tough decisions.

First, it’s OK to be confused, even the experts are, Hartzband noted. She showed conflicting recommendations about everything from mammograms, to PSA testing, to vitamin D doses. Groopman explained the various formulas that have been taken from game theory and applied in the past to medical decisions. But, he contends, such formulas are flawed; medical conditions are rarely static, and people adapt to limitations.

After interviewing a large sample of patients, the pair developed the concept  of the “medical mind.” Believers, for example, tend to trust doctors. Doubters exercise skepticism. Maximalists opt for aggressive action in health; minimalists prefer to do the least possible.

Take the case of “Susan,” a healthy woman in her 40s diagnosed with a high cholesterol level. She is told she needs medication; this decreases her risk of a heart attack by 30 percent. But she is a minimalist and a doubter and explored the question, “What is my risk of a certain outcome without any treatment?”  Turns out because she is active, a nonsmoker, eats a healthy diet, and has neither diabetes nor high blood pressure, she has a 1 in 100 chance of a heart attack in 10 years, or 1 percent. Thus, her risk was actually 30 percent of 1 percent, “which is clearly much different in its impact on her thinking than what she had originally heard,” Groopman said.

Susan also had a friend who had a major side effect from the medication and found that the possibility of this effect ranges from 1 percent to 20 percent. But framing the information in the opposite way, 80 to 99 of people will not have the side effect, Hartzband said. “This sounds a lot better although the information is exactly the same.”

So, “It’s important to ‘flip’ the frame,” that is, look at the statistics from the positive and the negative, she said.

Patients should also understand the medical mind of their doctors and how it affects their advice. Said Groopman, “My medical mind was formed to be that of a believer and a maximalist with a technical orientation.” Said Hartzband, “I’m a minimalist and a doubter.” They have maintained these mindsets even through advanced medical training.

Thus, the goal is “shared medical decision making” as patients determine their own mindset and that of their physician.  “This helps each person on different sides of table explain their thinking to each other,” Groopman said.

The pair had stern words about the impact of massive amounts of direct-to-consumer drug advertising, noting that studies find that as a result viewers tend to believe a drug is 10 times more powerful than it really is. Take those happy, vibrant images played out at the ad’s end. “This is a deliberate attempt to distract you while the voiceover gives you the side effects,” Hartzband said. Groopman singled out insurance company ads that claim they crunch the numbers to give you the best outcome. “This is a false promise. It is impossible that any surgery or medication can be guaranteed to work 100 percent of the time with no risk of side effect or complications,” he said.

It didn’t take long for a difficult question to emerge during the Q-and-A period. Larry C. Kerpelman, an author and editor based in Acton, spoke of how he was faced to make decisions “overnight” about his wife’s brain injury. (He has written a book about his experience.) Groopman and Hartzband immediately noted that Kerpelman raised two challenges: What to do when decisions have to be made quickly and when they involve another person.  If possible, decisions should be “in concert with the values” of the other person, but, Groopman added, “There is never a pure answer. It is always gray.

What was clear was how much the public longs for medical information, asking the pair where, for example, they could find good information on the Web (sites from the government and medical centers like the Mayo Clinic are reliable sources, Hartzband said) and could the pair’s books be translated into Spanish. Said social worker Caroline Osterman, “The more people who are educated, the better it will be for all of us.”

Christine Schonhart, the BPL director of branch libraries, voiced a similar sentiment, saying, “We’re dedicated to the advancement of learning here at the Boston Public Library. This partnership with Harvard University and the associated lectures bring learning to life for library users.”

After the lecture, Leigh Curtin-Wilding, a Boston health and wellness consultant, called the event valuable, saying, “It was actually comforting to know that the experts themselves are confused.”

The next John Harvard Book Celebration series event will be held at 6 p.m. March 12 at the East Boston Branch of the Boston Public Library, 276 Meridian St., East Boston.  John McDonough, professor of the practice of the public health and the director of the Center for Public Health Leadership at the Harvard School of Public Health, will speak on “The Future of National Health Reform.”