The Nostalgics, a Harvard Motown band 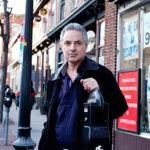 One of the many student-led musical groups on campus, The Nostalgics keep a Detroit sound tradition alive as Harvard’s Motown and soul band. Recently, the group won Harvard’s battle of the bands competition. As its prize, the group played at the House of Blues in Boston at an inter-House formal involving Quincy, Leverett, Dunster, Cabot, and Currier Houses