The Last Supper as Passover 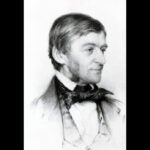 Christian discovery of a Jewish Jesus began in the Renaissance

In a talk that highlighted the importance of rigorous, scholarly investigation, Princeton History Professor Anthony Grafton made a compelling case on Monday that the Christian discovery of a Jewish Jesus began in the Renaissance.

A leading cultural and intellectual historian of Renaissance Europe, Grafton suggested that it was 16th-century scholar Joseph Scaliger, in particular, who helped transform the discourse around the sacred Christian meal. Using ancient Jewish sources and texts, Scaliger contended that the Last Supper was in fact a Passover Seder.

“Others who wrote about the relationship between Passover and the Last Supper looked at contemporary practice,” said Grafton. “Scaliger set out to reconstruct the Seder of the Second Temple period … taking fragment after fragment of what he sees as the period sources and putting them together with a commentary.”

Painters of the Renaissance who depicted images of the Last Supper were not engaged in serious scholarship, but in an artistic, creative endeavor. Their work attempted to erase any historical distance and bring the Last Supper into “the present of Christian life and Christian practice,” said Grafton.

But in the early modern world, Catholic and Protestant scholars from the 16th century began reading the Bible in new way, prompting a critical cultural shift. These scholars argued not only that the New Testament required the same rigor as classical texts, but that it should be examined and studied with an eye toward understanding the work in a specific historical context. This work required reading the texts in various early languages, appreciating its action, and setting “its genres before the world in which it was written.”

A new understanding of the Last Supper emerged, said Grafton, when those men, who had a passion for reading and a deep, self-conscious attentiveness, turned their attention to that “endlessly shifting shimmering scene.” The depth and precision of this research, and Scaliger’s work in particular, led to a historic picture of the Last Supper as a Passover Seder.

No Christian or Jewish scholar before had approached the Gospels and the Talmud in a similar fashion, using fragments of each with scholarly precision to craft a verifiable story. In doing so, Grafton said, Scaliger “identified the Judaism of Jesus as a historically specific phenomenon.”

Eric Nelson, professor of government at Harvard and a Burkhart Fellow at Radcliffe, introduced Grafton as “one of the world’s greatest living historians” with “an unsportsmanlike level of productivity.”

Currently, Grafton is at work on a large-scale examination of the science of chronology in 16th- and 17th-century Europe. His research will explore how scholars assigned dates to past events, reconstructed ancient calendars, and reconciled the Bible with competing accounts of the past.

The discussion was part of the Radcliffe Institute for Advanced Study’s annual Dean’s Lecture Series, which brings artists, scholars, and scientists to campus to share their work with the Harvard community and the public.