The ‘diversity problem’ in science 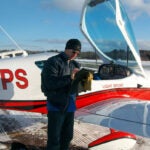 Opportunities for women and people of color to pursue careers in science have improved in recent years, but still lag behind those of white men, Harvard College Dean Evelynn M. Hammonds told a crowd at the Massachusetts Institute of Technology (MIT) Jan. 27. Much work remains to be done, she said, to ensure that students from all backgrounds have an equal opportunity to enter and succeed in fields like engineering and technology.

The remarks were part of the keynote address delivered by Hammonds at MIT’s Institute Diversity Summit. The annual conference provides an opportunity for students, faculty, and staff to learn about and discuss ways to promote excellence and diversity at the school.

Hammonds, the Barbara Gutmann Rosenkrantz Professor of the History of Science and of African and African American studies, said that women and people of color had demonstrated time and again their interest in science, technology, engineering, and mathematics (STEM), as well as their ability to succeed in these fields. Scientists agree that race and gender should not determine whether a student pursues a career in STEM. So why, she asked rhetorically, do women, Latinos, African-Americans, and Native Americans continue to be underrepresented in these areas of study?

To shed light on the question, Hammonds called on the work of the African-American intellectual, scholar, and activist W.E.B. Du Bois. Du Bois, she said, was the first to name and identify the ‘diversity problem’ in science in his 1939 essay “The Negro Scientist.” The piece was a response to the statements by a prominent white American scientist who had publicly noted how few African-Americans had made their mark in science.

“The scientist had stated that Negroes — the preferred term of the period — had made their mark in music, literature and on the stage but not in the exact sciences,” she said. “Du Bois’ response called the man’s attention to the fact that it was not easy for an American Negro to pursue science.  Though the man publicly agreed with Du Bois’ point, privately he expressed to him ‘… that the exact and intensive habit of mind, the rigorous mathematical logic demanded of those who would be scientists [was] not natural to the Negro race.’”

To disprove this opinion, Du Bois discussed the careers of the 12 African-American male scholars listed in American Men of Science. Although the men had been educated at some of the most prestigious schools in the country — including Harvard, Yale, Brown, Bowdoin, the University of Chicago, and Williams — their careers had been curtailed because of “color prejudice,” or racism.

“In each instance, Du Bois described men who were well-educated, serious scholars and researchers,” Hammonds said. “They published in the leading journals in their fields and strived to attain positions in major institutions. Yet, in each case they were denied permanent positions for which they were qualified.  In many instances, their work was well regarded, and on that basis alone these men were sometimes offered prominent positions in the academy — only to be denied employment when ‘it was learned by correspondence or interview that they were colored.’”

Du Bois also gave examples of discriminatory treatment toward graduate students, Hammonds said, including that of an African-American student who was denied a fellowship because his teacher believed that he would not be able to find work after studying science. Others were denied doctorates only on the basis of their color even after passing their general examinations. Young African-American scientists could sometimes find work in the historically black colleges and universities (HBCU), but these institutions typically had no laboratories, no museums, and no scientific collections.

“Here in 1939, on the eve of World War II, Du Bois offered a powerful analysis of the ‘diversity problem’ in science,” Hammonds said. “He located that problem in the social context of the United States where legalized segregation constrained the opportunities of African-Americans who had the desire, the ability, and the education to do science.  More importantly, he asserted that the prejudice of white scientists was connected to the pervasive view that ‘the exact and intensive habit of mind, the rigorous mathematical logic demanded of those who would be scientists is not natural to the Negro race.’”

African-American women faced even greater barriers to participation in science than their male counterparts, Hammonds said. Before World War II, there were only eight African-American women with Ph.D.s in science in the United States, compared with nearly 20,000 white men. All secured positions at historically black colleges, but, in addition to the lack of resources that plagued their male counterparts, the women encountered negative attitudes about gender roles that limited their advancement even within those institutions. Hammonds, who received a master’s degree in physics from MIT, commended the institution as one of the few in the country with a history of educating African-American women scientists. Even so, she said, the opportunities were few and far between.

Hammonds made a plea for continued study of the issue of diversity in science and engineering. It is critical to better understand how scientific communities work and how talent is recognized, valued, and assessed, she said. To illustrate why, Hammonds closed her talk with a final quote from Du Bois.

“One may say in answer to all this: so what?  After all, there are plenty of white men who can be trained as scientists.  Why crowd the field with Negroes who certainly can find other socially necessary work?  But the point is that ability and genius are strangely catholic in their tastes, regard no color line or racial inheritance.  They occur here, there, everywhere, without rule or reason.  The nation suffers that disregards them.  There is ability in the Negro race — a great deal of unusual and extraordinary ability, undiscovered, unused and unappreciated.  And in no line of work is ability so much needed today as in science.”