Pain relief for patients in Uganda 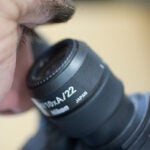 Stephen Ttendo, head of anesthesia at Mbarara Regional Referral Hospital, one of Uganda’s three major teaching hospitals, says anesthesiologists are simply too busy with surgeries to visit the recovery wards. Nurses, too, are in short supply. That means that as the surgical anesthesia wears off, patients’ only recourse is to “groan in pain,” Ttendo said.

Last fall, Harvard-affiliated Massachusetts General Hospital’s (MGH) Department of Anesthesia Critical Care and Pain Medicine began an anesthesia partnership with Mbarara, providing equipment and training so local doctors can use a pain-blocking technique at the end of a surgical procedure that will provide relief for 12 hours after surgery.

Paul Firth, assistant professor of anesthesia at Harvard Medical School and an anesthesiologist at MGH, helped to organize the partnership. The partnership resulted from a growing realization of the dire need for surgical services in the developing world, particularly in sub-Saharan Africa, Firth said. About 10 percent of all deaths globally are caused by injuries or disease that can be treated surgically, ranging from unrepaired trauma to untreated cancer to needed cesarean sections in childbirth that can’t be provided.

Major hospitals such as MGH, Firth said, have a public mission to help. Firth, together with Instructors in Anesthesia Vicki Modest and Peter Stefanovich, both at MGH, traveled to Mbarara last November for a week. They trained the three anesthesiologists on staff there, as well as 14 anesthesia residents in the nerve-block technique.

The technique is designed to take the greatest advantage of limited resources, Firth said. Here in the United States, post-surgical patients are typically provided with a morphine infusion pump: They push a button and get a dose of painkiller.  While the pumps allow patients to control their own pain medication, Ugandan hospitals don’t have the nursing staff that would be needed to maintain intravenous lines, change bags of saline solution, and monitor the machines.

Instead, the visitors taught the anesthesiologists how to do ultrasound-guided nerve blocks. In this technique, physicians use an ultrasound machine to identify the major nerves affected by the operation and then inject a local anesthesia next to the nerves. This procedure provides about 12 hours of pain relief, Firth said. When patients are sent to crowded wards, a single shot in the operating room, which can provide hours of relief, is a very attractive option. The ultrasound machines were bought by the Ugandan government.

The technique has been put to good use, Ttendo said, with a large number of blocks successfully administered since the MGH physicians left. The technique is mainly being handled by the residents, Ttendo said, freeing him up to handle anesthesia for the actual surgeries.

Ttendo said there is broad interest in improving Uganda’s medical services. Today, half of all doctors trained there go elsewhere to practice, to countries like South Africa where the pay is better. So a major priority is to retain more homegrown medical talent. At Mbarara, he said, officials have also embarked on a 10-year program that will increase the hospital’s 250 beds to 1,500, which of course also will require more staff.

Ttendo said the model utilized in the anesthesia program, where MGH provides the training and the hospital provides the equipment and students, could work for other procedures. One could prevent pregnant women with severe pre-eclampsia from dying from renal failure. Ttendo said the hospital is building a new intensive care unit and would like to equip it with a dialysis machine that can get women through the critical days before the kidneys resume functioning. If authorities can get the machine, he said, a similar partnership would be helpful.