Funding success, and finding it 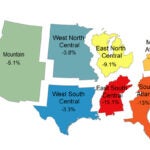 Four years in, Accelerator program is spawning development of technology

No longer would Harvard’s scientists and engineers simply be expected to come to OTD seeking help patenting new discoveries. Instead, a new team of OTD staff members would embed itself within, and roam the halls of, the University’s Schools, exploring labs, engaging with researchers, and forging relationships with the faculty in an effort to identify potentially patentable inventions and emerging discoveries that hold commercial potential.

But one thing that Kohlberg quickly discovered was that patenting discoveries wasn’t the only challenge. Even more daunting was propelling new inventions and discoveries off the laboratory shelves and into commercial development, so that they could be advanced to the point where they would be attractive candidates for partnering with industry, and therefore be of interest to biotech and pharmaceutical companies, and venture capitalists.

“We had to find a way to get these discoveries and inventions across what has come to be known as ‘the valley of death,’ ” Kohlberg said recently, “the period in which they are still too basic and early to be of interest to industry, and money to develop them is virtually impossible to come by. We didn’t want to leave potentially lifesaving, world-changing discoveries languishing in the lab, wilting on the vine.”

So four years ago, OTD launched the Technology Development Accelerator Fund, a $10 million revolving account, raised from Harvard alumni, including most notably the anchor donor, Len Blavatnik and the Blavatnik Family Foundation, to be used as a bridge across the “valley,” the development gap.  And the fund is proving to be just such a bridge.

Since the fund’s founding, its money has been awarded and used to seed 33 projects, 25 of which have already been completed. Of those completed projects, a dozen have resulted in research collaborations with industry and new licensing agreements, with both existing and startup companies.

“The Accelerator has enabled Harvard to invest in important research discoveries that have the potential to help create a better world,” said Harvard President Drew Faust. “The fund has fostered an environment of entrepreneurship and innovation across the University as it has supported both the talent and the technologies that will build the future.”

Jeffrey S. Flier, Harvard Medical School (HMS) dean, said the fund has had an enormous impact and goes a long way to foster and spur “innovation and helps HMS advance our therapeutic and translational vision.”

Chris Mirabelli, managing director of the venture capital fund Healthcare Ventures, is one of the eight members of the Accelerator Fund’s advisory committee, which provides guidance on choosing those projects and technologies for funding that are most likely to become attractive candidates for further development and industry investment.

“I think the Accelerator’s already a success,” Mirabelli said. “It’s changing some of the ways things get done at Harvard. The science is world class, and had always been geared toward developing insights into basic science. But usually there’s a gap as to where that science is, and where it needs to be” in bringing its benefits to the broader world. “A professor may think it’s ready for prime time, but there isn’t enough there to give it directionality, make a drug out of it, or make it clear how it would be used in a diagnostic device. Now there is a way to accomplish all that.”

“The lifeblood of the biotech community here in Boston is being able to find discoveries that have” value to the medical community, Mirabelli added. “This helps develop things that are of value to the biotech industry, and of value to Harvard, that ultimately result in people being hired by biotech companies. And that benefits the local economy.”

Another member of the advisory committee, Doug Melton, Xander University Professor, co-director of the Harvard Stem Cell Institute, and co-chair of the University’s Department of Stem Cell and Regenerative Biology, said he sees the Accelerator Fund as “providing the too-often-unavailable funds and advice that can propel an interesting finding into a real product. In its initial few years, it has already proven to be an important bridge in moving basic science to products, products that can help people.”

One feature distinguishing the Accelerator Fund from similar programs at other universities is that it is managed by someone with high-level industry experience. Curtis Keith, the fund’s chief scientific officer, is a seasoned drug development specialist with a successful track record whom Harvard recruited from the biotech industry.

The first university-based program of its kind in the United States that integrates professional management, an effective technology and business development program, and an independent advisory board, Accelerator-funded research projects have already leveraged $10 million in additional industry-sponsored research funding for Harvard — at a time when government funding has stagnated. That explains why Kohlberg “gets calls every two or three weeks from universities around the country that want information about how to start a program like this.”

In the future, Kohlberg said, “We envision working more closely with Harvard Business School [HBS]. We may have HBS students and postgrads work on individual technologies, assisting us to formulate commercialization strategies and business plans, and we anticipate some may become startup CEOs. You could argue that our current business strategy has worked well,” he said, “but it’s possible that HBS will be able to help us at an even earlier stage, looking at which projects we should fund, and which are the most likely to get placed with industry.”

OTD plans to launch an expanded Accelerator Fund soon, one that would be energized by larger-scale funding and a broader mandate than the original. In so doing, officials hope that HBS will play a large role and that additional innovation at Harvard, which might otherwise languish, can be supported and translated to benefit society.