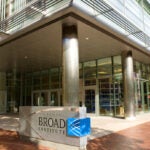 For 74 years, one of the longest-running studies of normal adult development has been examining not disease and illness, but what may be life’s magic question: How can you live long and happy?

The answers that have emerged — and are still emerging — are surprising and obvious both. Having a difficult childhood, for example, matters a lot in early adulthood, but its effects fade as the years go by. Among those who had tough beginnings, self-starters who seek out jobs as kids do better than those who don’t. And education — specifically going to college — is more important than money or social status in determining lifetime success.

More recently, the study’s aging subjects have shown that one’s situation at age 50 has more to do with one’s health and happiness at 70 than what happened earlier in life. And surprisingly, the quality of vacations younger in life — a measure of the ability to play — is a better indicator of late-life happiness than income.

The study highlights both controllable and uncontrollable factors that affect healthy aging. While there’s not much someone can do about parents’ social class, early family stability, or ancestors’ longevity, a person certainly has a say over whether to smoke, abuse alcohol, exercise, and keep weight down. The study also highlights the importance of a healthy, stable marriage to late-life happiness and underlines the importance of having mature coping mechanisms for the adversity sure to come.

“We used to think that if you had relatives who lived to a ripe old age, that was the best predictor” of a long life, said Robert Waldinger, director of the Harvard Study of Adult Development, a psychiatrist at Massachusetts General Hospital, and an associate professor of psychiatry at Harvard Medical School. “It turns out that the lifestyle choices people make in midlife are a more important predictor of how long you live.”

Waldinger became director of the Harvard study in 2003, when longtime director George Vaillant stepped down from day-to-day management. To Vaillant, who continues to work on the study, the most important findings concerned the negative effects of alcohol on marital and lifetime success and the evidence that programs like Alcoholics Anonymous work better than other interventions. The study also added nuance to understanding adult development, Vaillant said, which is often thought of as stalling in middle age or peaking at 50 and then declining.

“You only have to think of distinguished 70-year-olds in art and politics to see that something is wrong with that view,” Vaillant said. “Adult development from 30 to 80 certainly takes place. [But] it’s like watching the hour hand of a clock; that’s why it’s not appreciated.”

Waldinger said the study’s central focus now is on marriage, examining how couples have weathered life’s storms and cope with challenges such as declining health and concerns about finances. In recent interviews, researchers asked older couples about conflicts and how they resolve them. But couple after couple, Waldinger said, couldn’t recall conflicts.

“They said, ‘We used to argue about it, but we just don’t anymore,’ ” Waldinger said. “The main developmental task for younger couples is managing conflicts. The main task for older couples is mutual support. … Being in a good marriage buffers you from the effects of pain and disability.”

Both Waldinger and Vaillant have published extensively on the study’s findings. Some of them were published just last year. In a recent paper, Waldinger, Elizabeth Kensinger, and Marc Schulz utilized neural imaging to find that older adults with positive outlooks process emotional information differently from those with more negative views. Vaillant, who has written scholarly articles and several books based on the study, is at work on a history of the study itself.

The research has its roots in a Harvard University Health Services examination of 268 members of Harvard classes between 1939 and 1944. Begun in 1938 and called the Grant Study, it started with exhaustive physical examinations and included regular follow-ups over the years.

The second arm of the study began with Harvard Law Professor Sheldon Glueck, who recruited 456 young men from inner-city Boston neighborhoods between 1940 and 1945 as controls for a study of juvenile delinquency. They were added to the study in the 1970s. Today, just 68 of the Harvard cohort are still alive, many in their early 90s, while 120 of the Glueck Study are alive, most in their early to mid-80s.

Over the decades, subjects have answered biennial questionnaires, allowed health information to be gathered from their doctors, and sat for in-depth interviews. In recent years, they’ve also submitted to neuroimaging scans and given blood for DNA analysis. Researchers have also begun to engage more deeply with their wives, whose reaction, Waldinger said, was, “It’s about time.”

Though the study has led to many publications, Waldinger and Vaillant view the decades of data, interview notes, questionnaires, and videotapes as a barely tapped treasure trove for researchers, providing a rare view of much of these men’s lives. Over the years, researchers have studied the effects of World War II combat, substance abuse, childhood trauma, education, and other factors. To make data easier to access for researchers, Waldinger said, they’ve embarked on a digitization project for the records, currently held in 50 filing cabinets.

“You can search for the word ‘father,’ and the computer will pull out every time that word was used in a man’s life,” Waldinger said.

Vaillant said the study still can surprise, even though he has been involved with the data for 40 years. Just last year, he said, he found that 57 percent of all divorces among Grant Study men involved alcoholism. That statistic had been artificially low until then because, though the men had spoken of their own alcohol problems, many hadn’t been forthcoming about those of their wives until later in life.

“It’s still a treasure trove, and with each passing year more people mine it in different and imaginative ways,” Vaillant said.

In addition to adding new genetic techniques, Waldinger said the researchers are seeking funding to continue the study by enrolling children and even grandchildren, an opportunity rarely replicated. That’s because most longitudinal studies — which follow subjects over long periods — fade after a decade or so because subjects drop out, funding dries up, and researchers move on to new projects. A study lasting as many decades as the Harvard one is a bit freakish, Waldinger said.