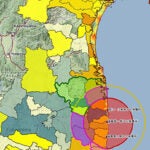 As described in the Proceedings of the National Academy of Sciences last month, the findings suggest that while people who share similar interests in music and movies are more likely to befriend one another, few interests are likely to spread among friends. It’s a result that challenges earlier research, which found that a host of social problems, from obesity to smoking to loneliness, quickly spread across social networks.

“The idea that ‘birds of a feather flock together’ is something we’ve known about for a long time,” said Kevin Lewis, a Ph.D. candidate in sociology who co-authored the paper with independent scholar Jason Kaufman and sociology graduate student Marco Gonzalez. “It’s not terribly surprising that, if you and I like the same things, we might become friends.

“What we’ve been able to show, however, is that this phenomenon is not actually as widespread as we once thought,” Lewis added. “There are only certain types of tastes that breed a connection. We’re also finding that this very common notion that what your friends do and like rubs off on you is not very widespread at all. We are not suggesting, of course, that taste in movies or music necessarily operates in the same way that obesity or depression does; but this paradigm that ‘everything spreads’ — it’s simply not true.”

The researchers gathered information from the profiles of students at an anonymous college. Once a year for four years, the researchers took snapshots of students’ profiles, recording their friends and what kinds of music, movies, and books they liked. That information was then broken down further, into genrelike “clusters” representing broad areas of interest that might diffuse throughout a network of friends.

Armed with that data, researchers used a computer program to evaluate how students’ friendship networks and preferences evolved over time, and to model the possible causes behind the changes.

“We used a simulation-based approach,” Lewis said. “So if we have a snapshot taken at two different times, the model examines all the possible trajectories that could have led from one point to another and identifies which is most likely.”

Importantly, Lewis added, the model controlled for a variety of possible causes for why two people might become friends or reasons why someone’s tastes might change over time, ensuring that researchers weren’t misdiagnosing the causes of those changes.

In the case of music, the results showed that people who listen to classical or jazz music are likely to be friends. The same was true for fans of light and classic rock. When it comes to onscreen entertainment, fans of raunchy comedies and gory movies are likely to be friends, as well as fans of darkly satirical films. Surprisingly, Lewis said, there was no connection between book preferences and friendship.

Only one type of taste — an interest in classical or jazz music — was found to spread across friendship networks, Lewis said.

“It’s not often you find a non-finding to be important, but I think this finding absolutely is important,” Lewis said. “There is a tendency to believe in peer influence — we all believe that what our friends like rubs off on us because it’s very easy to think of examples when that has happened. But we don’t remember the myriad instances that it doesn’t happen.”

“Much of Facebook’s business model is based on the assumption that Facebook users ‘influence’ one another through displays of things they ‘like’,” said Kaufman. “If you say you like a band, product, movie, etc., Facebook purports an ‘influence’ effect whereby your friends become more likely to adopt that preference in turn.

“What we found is that only in very specific instances does anything like ‘influence’ occur,” he continued. “This stands in contrast to an active research literature on the ‘contagiousness’ of various behaviors, such as obesity, smoking, and happiness, and gives pause at the millions, if not billions, of dollars spent every year on so-called ‘social media’ advertising campaigns.”