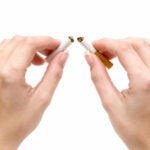 Monty Python may claim credit for immortalizing the “silly walk,” but molecular biology beat the comedy troupe to the punch. It turns out that a tiny motor inside of us called dynein, one tasked with shuttling vital payloads throughout the cell’s intricate highway infrastructure, staggers like a drunken sailor, quite contrary to the regular, efficient poise of its fellow motors.

Molecular motors, built from proteins, are a kind of transport service that keep cells functioning. They traffic essential chemical packages between the heart of the cell, the nucleus, and the cell periphery. In elongated cells such as neurons, this can be a big commute in cellular miles, equivalent to a person walking from Boston to Manhattan. The constant shuttling of materials by motors keeps cells alive and allows cells to move and divide, and talk to their neighbors.

It’s no surprise, then, that when these motors stop functioning, serious problems can result. In fact, defects in dynein-based transport have been linked to Lou Gehrig’s and Parkinson’s disease and the neurodevelopmental disease lissencephaly.

To understand how this essential protein machine works, Reck-Peterson and colleagues decided to study the dynamics of motor movement on the nanoscale by developing protein engineering methods and then implementing single molecule imaging technologies.

First, they purified dynein motors, whose “legs” were tagged with fluorescent markers, and microtubules, long filaments that serve as dynein’s highway. Next, they put these components on a microscope slide and directly visualized dynein motors stepping along microtubule tracks.

“Dynein is critical for the function of every cell in our bodies,” said Reck-Peterson. “Deciphering the walking mechanism of this and other tiny machines may one day shed light on the molecular origins of certain diseases.”