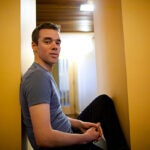 But researcher says finding life on these new discoveries is challenging

Recent discoveries have transformed scientific understanding of the galaxy, showing a Milky Way teeming with planets, some of them circling stars in bizarre configurations compared to the staid solar system, University of Toronto astronomer Ray Jayawardhana said Wednesday.

Jayawardhana, a fellow at the Radcliffe Institute for Advanced Study this year, said that understanding of the Milky Way has advanced dramatically since the early 1990s, when the only known planets in the galaxy were those circling the sun.

From its incremental beginnings, the search for planets around other stars, dubbed extra-solar planets or “exoplanets,” has met more and more success as astronomers devised techniques and took advantage of technological advances. The search dramatically accelerated in 2009 when NASA launched the Kepler Space Telescope, designed to find Earth-like planets elsewhere in the galaxy.

Though Kepler has focused on a relatively small patch of sky — as big up close as one’s hand extended at arm’s length — it has already returned a dazzling number of planet candidates, 2,326 so far. Those candidates are being investigated further to determine if they are indeed planets, with 35 confirmed so far. Scientists using a different technique from Kepler recently said that planets orbiting stars appears to be the rule rather than the exception in the galaxy, where they estimated there are one or more planets per star. With 200 billion to 400 billion stars, that estimate, if correct, would mean a staggering number of planets to explore.

“I don’t think we’ll have a paucity of planets. We’ll have more planets than we know what to do with,” Jayawardhana said. “You’re living through an incredibly exciting, revolutionary time.”

Jayawardhana said the findings so far show that the Milky Way is a surprisingly diverse place.

Already, planets have been found of many sizes, from giants larger than the solar system’s Jupiter to planets as small as Mars, at the edge of current detection abilities. One system has six giant planets, Jayawardhana said, with five jammed into orbits that would fit inside that of Mercury, the solar system planet closest to the sun. Planets have been found orbiting one partner of a stellar pair, called binary stars. And one binary system has been found where the planet orbits both stars.

Jayawardhana, who recently released the book “Strange New Worlds: The Search for Alien Planets and Life Beyond our Solar System,” spoke at the Harvard Museum of Natural History. He described two main methods for finding planets. In one, astronomers look for a wobble in a star’s rotation, which indicates that the mass of a planet is tugging on the star as it turns. Because the amount of wobble is dependent on a planet’s mass, scientists learn more than just a planet’s presence or absence.

A second technique examines a star’s light for periodic dimming, which is evidence of planets passing in front. This technique, employed by the Kepler Space Telescope, provides evidence of a planet’s size, since a larger planet will dim starlight more than a smaller one will. By combining the two techniques, Jayawardhana said, scientists can combine mass and size to understand a planet’s density, providing a clue as to whether the planet is rocky, like Earth, or made up of gas, like Jupiter.

Other information that can be gleaned is how far a planet is from its star, an important factor in the search for life. Each star has a “habitable zone” where it is not too hot or too cold for life to emerge, scientists believe. Kepler’s mission is to find Earth-like planets in that habitable zone.

Scientists searching for life will look at the atmosphere of exoplanets for chemicals associated with life on Earth, including oxygen, methane, carbon dioxide, and water vapor.

But Jayawardhana cautioned against taking too narrow a view of the characteristics of life on other planets. If the search for exoplanets has taught us anything, he said, it’s to be prepared for surprises and to cast a wide net when it comes to looking for life. With the rapid increase in stellar discoveries, scientists will be able to do that through statistical techniques by analyzing the characteristics of large numbers of planets for signals that, though they don’t indicate Earth-like life, look unusual for a particular planet type. Those could lead to a new understanding of life in the galaxy.

“It’s only one example we have of life. To generalize is risky,” Jayawardhana said. “We do have to keep our minds open for completely different evidence of life.”