Of orbits and ice ages 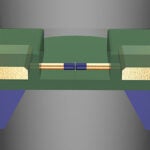 Though it was first suggested well over a century ago, the hypothesis that changes in Earth’s orientation relative to its orbit influence the growth and decline of ice sheets was only recently tested.

As described in a paper recently published in the journal Nature, Harvard Professor of Earth and Planetary Sciences Peter Huybers confirmed that slow changes in both the tilt and orientation of Earth’s spin axis combined to help determine when the major deglaciations of the past million years occurred.

“These periods of deglaciation saw massive climate changes,” Huybers said. “Sea level increased by 130 meters, temperatures rose by about 5 degrees C, and atmospheric CO2 went from 180 to 280 parts per million. We ought to understand what caused these massive changes in past climate if we are to predict long-term changes in future climate with any confidence. And at least now we know with greater than 99 percent confidence that the interaction between obliquity and precession are among the factors that contribute to deglaciation.”

While Huybers’ research is the first to prove a connection between obliquity, precession, and deglaciations, suggestions that the Earth’s orbit plays a role in the formation or loss of glaciers are nothing new.

By the early 1840s, just a few years after the notion of the Ice Age was first articulated by geologist and later Harvard Professor Louis Agassiz, scientists began proposing that orbital changes were behind periods of glaciation. In the intervening 170 years, Huybers said, dozens of additional hypotheses have been presented, but it has been difficult to distinguish between these many competing models.

“We don’t understand why glacial cycles have occurred, not for lack of ideas, but rather because we lack means to rule the wrong ideas out,” Huybers said.  “A lot of people have tried to tie when ice ages started or ended to variations in the orbital cycle, but this is difficult because we don’t know exactly when ice ages occurred in the past.

Though it has previously been shown that obliquity — with its longer, roughly 40,000-year cycle — is related to deglaciations, Huybers said, the innovation here was to test for whether obliquity and precession are together related to worldwide glacier loss.

To deal with the uncertainty in the geological records, Huybers developed a methodology through tinkering with “synthetic” records. Essentially, he constructed random realization of glacial cycles to which he added distortions — such as errors in timing and noise in observations — similar to those found in geologic data. Using this synthetic data, he experimented with many techniques until hitting upon one that worked, which he then applied to the actual data, showing the relationship between orbital cycles and deglaciations.

“The pattern that emerges is the following: At the same time we’re seeing high obliquity, we also tend to get an alignment with precession whenever deglaciation occurs,” Huybers said. “When you get that alignment, the radiation that the Northern Hemisphere receives during summer increases by tens of watts per meter squared, and if large Northern ice sheets are present, they tend to disintegrate. These statistical findings agree exactly with what Milutin Milankovitch, a Serbian geophysicist, proposed in the first half of the 20th century.”

Though his work suggests that orbital configuration contributes to the loss of glacial ice, Huybers was quick to emphasize that it is only one factor among many.

“It could also be that orbital forcing causes a rise is atmospheric CO2, and that it’s the increased CO2 that drives the loss of ice sheets,” he said. “In all likelihood, both CO2 and increased summer radiation contribute to deglaciation. They’re both expected to push the climate system toward less ice.