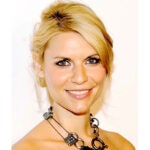 Danes named Woman of the Year

The Hasty Pudding Theatricals of Harvard University has named actor and writer Jason Segel as its 2012 Man of the Year. Segel, who also is a producer, joins actress Claire Danes, who last week was chosen as Woman of the Year.

The Man of the Year festivities will be held on Feb. 3. The producers of the Hasty Pudding Theatricals, Jyotika Banga ’13 and Mary Jane Sakellariadis ’13, will host a celebrity roast for Segel and present him with his Pudding Pot at 8 p.m. in the newly named Farkas Hall. A press conference will be held at 8:30 p.m. That evening, the Hasty Pudding also will open its 164th production, “There Will Be Flood.”

Segel’s films have helped to define the changing landscape of American comedy. In 2008, he wrote and starred in the smash hit “Forgetting Sarah Marshall,” which grossed more than $100 million worldwide and spawned a sequel, “Get Him to the Greek.” The success of “Marshall” emboldened him to embrace his lifelong passion for puppets and pitch his concept for last year’s film “The Muppets,” which he also co-wrote and starred in. The film has grossed more than $100 million worldwide since it opened on Thanksgiving, landing on numerous critics’ top 10 lists.

Segel got his start on television in the 1999 Emmy-nominated television show “Freaks and Geeks,” produced by Judd Apatow. Segel and Apatow later worked together on the 2007 comedy “Knocked Up,” which won a People’s Choice Award. Segel returned to television in 2005 with “How I Met Your Mother,” now in its seventh season on CBS.

Segel also has starred in “I Love You, Man” and “Bad Teacher,” and has lent his voice to the animated feature “Despicable Me.” He will next be seen in the Duplass Brothers comedy “Jeff, Who Lives at Home,” which is scheduled to open in March. He will follow that up with the romantic comedy “The Five-Year Engagement” with Emily Blunt.

The Man and Woman of the Year awards are presented annually to performers who have made lasting and impressive contributions to entertainment. Established in 1951, the Woman of the Year award has been granted to such notable entertainers as Meryl Streep, Katharine Hepburn, Julia Roberts, Jodie Foster, Elizabeth Taylor, Anne Hathaway, and, most recently, Julianne Moore. The Man of the Year award was established in 1963. Its past recipients include Clint Eastwood, Tom Cruise, Robert de Niro, Steven Spielberg, Harrison Ford, Anthony Hopkins, Bruce Willis, Justin Timberlake, and, last year, Jay Leno.

For more information about the upcoming Man of the Year event, contact Tyler Faux, the Hasty Pudding’s press and publicity manager. He can be reached by phone at 646.620.6173 or email at press@hastypudding.org.

To purchase tickets to the show “There Will Be Flood,” contact the box office at 617.495.5205, or order online at www.hastypudding.org. The show will be performed at Farkas Hall, 12 Holyoke St., until March 4. Performances are Wednesdays through Fridays at 8 p.m., Saturdays at 4 and 8 p.m., and Sunday matinees at 3 p.m. The company then travels to New York to perform at Hunter College’s Kaye Playhouse on March 9 and 10. The tour continues to the Hamilton City Hall in Bermuda for performances March 14 to 16.