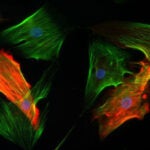 Research showing how neurons interact could lead to new treatments

Harvard scientists have developed the fullest picture yet of how neurons in the brain interact to reinforce behaviors ranging from learning to drug use, a finding that might open the door to new treatments for addiction.

The finding is the result of a yearlong effort by a team of researchers led by Naoshige Uchida, associate professor of molecular and cellular biology, to examine a brain process known as reward prediction error. Thought to be a key component of learning, prediction error has long been considered the product of dopamine neurons firing in response to an unexpected “reward,” thus reinforcing the behavior that led to the reward.

But Uchida and colleagues from Harvard and Beth Israel Deaconess Medical Center report in the Jan. 18 issue of Nature that reward prediction error is actually the product of a complex interplay between two classes of neurons — one that relies on dopamine and an inhibitory class of neurons that uses the neurotransmitter GABA.

“Until now, no one knew how these GABA neurons were involved in the reward and punishment cycle,” Uchida said. “What we believe is happening is that they are inhibiting the dopamine neurons, so the two are working together to make the reward error computation.”

Before Uchida and his team could prove that GABA neurons were involved in the computation, however, they had to be sure what type of cells they were observing.

The challenge in studying both dopamine and GABA neurons is that the two cell types are intermingled in a relatively small area of the brain, making it difficult for researchers to definitively know which type they are observing. Ultimately, researchers developed an elegant solution to the problem.

Researchers genetically altered the neurons in two groups of mice — one for the dopamine neurons, the other for GABA neurons — to fire when hit by a pulse of laser light. Once researchers were certain they were measuring the correct type of neuron, they used electrodes to measure whether and when the neurons fired in response to expected and actual rewards.

The finding is particularly important, Uchida said, because it sheds new light on how behaviors can be reinforced, either through normal brain function, or by damaging the way the two types of neurons interact.

“What happens with drug abuse is that many drugs, such as opioids and cannabinoids, target the GABA neurons,” he said. “What we are hypothesizing is that, by inhibiting those GABA neurons, you can lose this feedback cycle, so you keep getting reinforcing signals from the dopamine neurons.

“This is a new way of thinking about addiction in general,” Uchida continued. “Based on this theory, I believe you may be able to develop new theories or treatments for addiction.”

Funding for the research was provided by the Howard Hughes Medical Institute, the Human Frontier Science Program, the Richard and Susan Smith Family Foundation, the Alfred P. Sloan Foundation, and the Milton Fund.