The plight of adolescents, worldwide 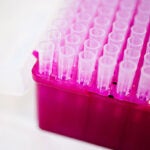 Conference reminds listeners of need to safeguard rights of the young

Focusing on fulfilling the human rights of children and adolescents worldwide would yield widespread economic benefits, a Nobel Prize-winning economist and the head of the international child welfare agency UNICEF said Thursday.

Harvard’s Lamont University Professor Amartya Sen, who won the Nobel Memorial Prize in Economic Sciences in 1998, and UNICEF Executive Director Anthony Lake said that a nation’s economic progress alone won’t necessarily help the more than 1 billion children and adolescents living in poverty around the world. Attention has to be paid to ensure they are having their basic needs met, receiving an adequate education, and getting proper health care if their lives are to improve and they are to contribute to their societies in the future.

In the poorest settings, a human rights-based approach can be more effective than one based purely on economic considerations, Lake said. Such an approach would seek to ensure that children’s rights, as laid out in the Convention on the Rights of the Child, are protected.

The convention requires countries to act in the best interests of children, bans capital punishment of children, and says that children everywhere have the right to basic survival, to be protected from abuse and exploitation, to develop to their full potential, and to participate in family, cultural, and social spheres. If this is done, their economic, educational, and social well-being follows, Lake said.

Lake cited a UNICEF study that said, for the poorest countries, a rights-based approach to improving the lot of children costs less than one based on economic standards. “A pro-equity approach is not only right in principle, it’s right in practice as well,” Lake said. “We can show them [government officials] that doing the right thing is also the most cost-effective thing.”

That has been borne out in India, Sen said. Despite recent rapid economic growth there that has seen per-capita income triple over the past 20 years, the poor have continued to struggle, falling through society’s cracks.

“The situation is that the illiterate, the ill, and social underdogs remain voiceless,” Sen said.

Sen and Lake spoke at Harvard’s Barker Center for the opening session of a two-day conference on the world’s adolescents. The conference, sponsored by the Harvard School of Public Health’s François-Xavier Bagnoud (FXB) Center for Health and Human Rights, is intended to support a movement backing adolescent rights, according to FXB Center Director Jennifer Leaning, Bagnoud Professor of the Practice of Health and Human Rights.

Other speakers included Harvard Provost Alan Garber, FXB Center Research Director Jacqueline Bhabha, and Albina du Boisrouvray, president of the nonprofit Association FXB and one of the founders of the Harvard FXB Center. Other major sponsors include the Harvard Global Health Institute, UNICEF, and the Swedish International Development Cooperation Agency.

Du Boisrouvray said that the conference’s subject is one that badly needs attention and is part of the agenda she envisioned when she founded the center. Today’s adolescents, after all, are tomorrow’s adults, she said. Without the proper care and assurance of their basic needs and rights, the places they rule as adults may well be regions of poverty, instability, and violence.

Bhabha, in her comments, said the conference marks the 21st anniversary of the Convention on the Rights of the Child, a “coming of age” for an international legal milestone, and one to which the United States is still not a signatory. The convention, Bhabha said, put forth the idea that children don’t merely warrant protection from adults, but rather hold rights that adults and nations are obligated to protect.

Even though a fifth of the world’s population is between the ages of 10 and 19, this group has been to some extent neglected by policymakers and nongovernmental organizations, Bhabha said. Adolescents have different needs than younger children, Bhabha said. Twenty percent of them experience mental health problems, teenage girls are vulnerable to sex trafficking, boys can be pressured into joining militias, and all are vulnerable to poverty and poor health.

Garber said that the work of the FXB Center reflects the core values of the University, and that children are important not only because they represent the future of every nation, but because they are struggling in the present, with young adults suffering the highest rates of unemployment.

“These issues are absolutely crucial to the well-being of our societies and the world,” Garber said.

Lake argued that social safety net programs are not just expenses for governments, but also help societies to weather economic downturns and to resume growth more rapidly. In the health field, for instance, a breakthrough like eradicating polio would save governments around the world an estimated $1.5 billion each year, Lake said. Social protections, he said, should not just be viewed as a floor below which a nation’s citizens won’t sink economically, but also as an escalator that raises them economically.

Educating adolescent girls is another important and effective strategy in improving a nation’s economy, with each extra year of primary school netting demonstrable economic gains. Women who work return a larger portion of their earnings to their families than do men, meaning that their families benefit as well.

Lake said programs to attack stunting are also crucial. Stunting is a measure of malnutrition that results from deprivation during the first 1,000 days of life. Damage from stunting can be both physical and cognitive, equal to two to three years of lost education, and resulting in a 22 percent loss of income. Around the world, 170 million to 180 million children suffer from stunting.

Though improvement programs carry economic benefits, Lake said it’s important to remember that they also help to fulfill the obligation to guard children and adolescent rights.