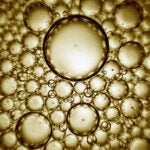 Slow road to stability for emulsions

What do you think of when you hear the word “robot”? If you’re like most folks, you probably imagine something like Gort from “The Day the Earth Stood Still” — a lumbering metal machine designed to resemble a human.

George M. Whitesides, on the other hand, thinks of squid.

Whitesides, the Woodford L. and Ann A. Flowers University Professor, and his research team have developed an array of “soft” robots based on natural forms, including squid and starfish. Whitesides envisions using the pneumatically powered robots to aid disaster recovery efforts by squeezing into the rubble left by an earthquake to locate survivors, or as a way to free up a surgeon’s hands in the operating room. The work is described in the Proceedings of the National Academy of Sciences (PNAS) this month.

“If you look around, most robots are things that either look like humans, or like parts of humans,” Whitesides said. “The robots that work on automobile assembly lines are just the upper half of a human being that’s bolted to the ground.

“There are all kinds of animals, however, that do things in very different ways, and those creatures have not been looked at carefully because we have gotten fixed on a particular point of view,” Whitesides continued. “The key to this research is that we asked the question, ‘Why can’t we do something that’s squidlike?’”

Inspired by natural forms, Whitesides’ team went to work, eventually building starfish- and squidlike robots capable of surprisingly delicate operations such as picking up a raw egg without breaking the shell.

Such “grippers,” however, were only the start. Other designs have ranged from a four-legged platform to one that resembles the animated character Gumby. Using multiple air cylinders that open and close in sequence, researchers are able to make such designs walk or crawl through spaces as small as three quarters of an inch.

Such flexibility would be critical in search and rescue operations, one of the major areas where Whitesides sees the robots being used. A variety of sensors, from cameras to chemical detectors, could be mounted on a robot and used to pinpoint the locations of survivors, survey the damage from a disaster, or take chemical and radiation readings, all without endangering the lives of rescue workers.

“If there is a situation where buildings have collapsed and the rubble is unstable, or there is the possibility that an earthquake aftershock could cause more damage, you don’t want to be in there,” he said. “But there may be people in there, so you can send in one of these robots.

“Tracked robots are difficult, because they don’t climb things well, they’re heavy, and they tend to be unstable,” he added. “Our design, by comparison, is very low to the ground, so they’re very stable and they can clamber over and under all kinds of obstacles.”

Whitesides also envisions a second area where the robots could fill an immediate need — the operating room, where they could act as a second pair of hands for surgeons, holding instruments in place, holding incisions open, and protecting delicate tissue from damage.

“What they can do is provide soft helpers,” Whitesides said. “If you have to move tissue, particularly damaged tissue, out of the way, or if you have to hold a little flap of something delicate while you’re suturing it, it may well be that the gentle grip these robots provide is a better way of doing it.”

The Harvard Office of Technology Development is developing a strategy to commercialize this technology.  As part of that effort, the office has filed patent applications on this work and is engaging with entrepreneurs, venture capitalists, and companies to identify disruptive applications in medical devices, search and rescue, and other emerging areas.

Unlike their mechanical counterparts, the process of constructing a soft robot is relatively easy and surprisingly inexpensive.

Using molds created by a 3-D printer, researchers cast the robot’s two halves in one of several types of silicone, depending on how flexible they want it to be. Those two halves are then sandwiched around a thin layer of less-flexible plastic. When bladders inside the sandwiched layers are inflated, the robot’s limbs flex, allowing it to pick up items or walk.

That simplicity of design and construction was always intended, Whitesides said.

“We can make the mold, cast the polymer, and put these things together in a couple hours,” he said. “Eventually, I think we’ll have designs that make these so cheap that you can just stack them up and throw them away after a single use.”

Going forward, Whitesides said, researchers hope to make the robots of tougher materials that can withstand long use in the field. Other efforts will be concentrated on making the robots both larger and smaller, and on developing control systems that could allow the robots to work autonomously.

“Our concern right now is to see what kind of motion we can get, what are the materials that are needed to make these, and how easy is it to make them — the sort of basic, exploratory questions,” Whitesides said.

Funding for the research was provided by the Defense Advanced Research Projects Agency (DARPA).