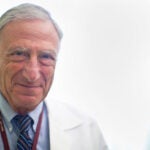 Harvard senior James McAuley was recently named a Marshall Scholar, a prestigious award that will allow him to study for two years at a university of his choice in the United Kingdom, likely in his case at the University of Oxford.

A history and literature concentrator who lives in Currier House, McAuley is one of 36 students nationwide to receive a Marshall Scholarship, and the 250th from Harvard in the history of the awards. He plans to pursue a D.Phil. in Modern European history, which would continue his current undergraduate work on American engagement with Vichy France.

“It’s a tremendous opportunity,” McAuley said of the chance to study at Oxford. “Some of the best academics in the field that I’m interested in are there, so I felt like this was the best next step I could take.”

In his time at Harvard, McAuley has served as a research assistant to both Doris Kearns Goodwin and Louis Menand, the Anne T. and Robert M. Bass Professor of English. He has also been an editorial intern at The New Yorker, worked at the International Herald Tribune in Paris, and served as editorial chairman of the Harvard Crimson.

The study of history, McAuley said, offers the rare opportunity not only to understand the past, but through that understanding to become a positive agent in one’s own time.

“I think that what’s most interesting to me about Vichy France is that you had this ostensibly free zone where individuals chose to succumb to their own opportunistic tendencies and collaborate with the Nazis to get a better future, or to resist,” McAuley said. “In that sense, it’s a fascinating look into human nature, and it raises the question of what we would do in those circumstances.”

In his thesis, McAuley focuses on the diplomats who served in Vichy France, particularly on one Spanish official, Eduardo Propper de Callejón, who effectively sacrificed his career to issue thousands of escape visas for Jews and other “so-called undesirables.”

By comparison, McAuley said, other diplomats, including those from the United States, “either refused or were incapable of seeing the truth of what was going on.”

“It’s interesting to me to compare both types,” McAuley said. “The one who, for some incredible reason, was able to see what was happening and to act as we all hope we would — to become a positive agent in his time — and the others who were just along for the ride. I think it’s a very interesting question.”

The awards were created in 1953 to commemorate U.S. aid to Europe after World War II under the Marshall Plan. As many as 40 promising scholars and likely future leaders in their fields are selected from across the United States each year to receive the awards.