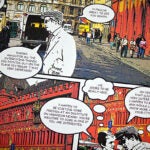 Richie is a multi-award-winning superstar and musical genius who has written and recorded many popular love songs. He co-wrote, with the late Michael Jackson, the song “We Are the World” to benefit hunger victims in Africa in 1985, and the song was performed again in 2010 to benefit the victims of the earthquake in Haiti. He is also an advocate for breast cancer research and has helped to raise funds to support the Breast Cancer Research Foundation.

“The students and faculty of the Harvard Foundation are pleased to present the 2011 Humanitarian Award to Mr. Lionel Richie in memory of the late Rev. Peter J. Gomes,” said S. Allen Counter, director of the Harvard Foundation. “Richie is one of our nation’s most creative musical artists, who has inspired many through his artistic and philanthropic endeavors. Rev. Gomes would be proud of the selection of the legendary musician, Lionel Richie, for this singular honor. We are honored to have him as our special guest on the Harvard campus.”

The Peter J. Gomes Humanitarian Award was created to honor the life and work of the Rev. Professor Peter J. Gomes, Pusey Minister in the Memorial Church and the Plummer Professor of Christian Morals, who along with Derek C. Bok, then president of Harvard, created the Harvard Foundation. Each year, the foundation presents the Humanitarian Award to an individual whose philanthropic works and deeds have served to improve the quality of people’s lives and have inspired people to greater heights.