Health reform in the crosshairs 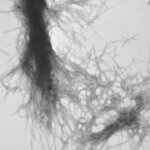 The American “social contract” includes a floor below which the poorest cannot fall and a ceiling above which wealthiest should pay more in taxes, but there is little agreement in between — which is where health care reform and other knotty social issues lie, a Harvard School of Public Health (HSPH) policy analyst said Friday.

Robert Blendon, HSPH professor of health policy and political analysis, said that unlike European nations where citizens agree that health care should be part of their basic social contract, Americans are deeply divided over the issue, with many feeling that the federal government shouldn’t inject itself into the medical profession.

That helps explain why the federal government appeared so dysfunctional over the past two years, Blendon said. In that time, Americans got what they voted for, a Congress with members who arrived with a mandate to shrink domestic programs, and to avoid compromising with the president on complex issues, including health care reform.

“They were elected to cut spending and cut taxes, not play nice with the president,” Blendon said.

Still, recent polls show that public dissatisfaction with Congress is at historically high levels, and anti-incumbent sentiment is soaring.

Blendon made his comments during a session of The Forum at Harvard School of Public Health. The hourlong panel discussion, which was webcast live, focused on Congress’ failure to reach a budget agreement and the prospects for health care reform.

The session included Blendon, David Cutler, the Eckstein Professor of Applied Economics and professor in the HSPH Department of Global Health and Population, John Rother, president and chief executive officer of the National Coalition on Health Care, and Gail Wilensky, an economist and director of Medicare and Medicaid under President George H.W. Bush. The event, moderated by Reuters Boston Bureau Chief Ros Krasny, was sponsored by HSPH in collaboration with Reuters.

Though there is disagreement over what health care should look like in America, Blendon said that polls show that Americans’ priorities for government programs differ from those that dominate in Washington. While Americans are worried about the deficit and the national debt, they’d prefer to cut America’s overseas activities and raise taxes on the wealthy before cutting Medicare or Social Security.

Still, Cutler said, health care delivery in this country has to change if the nation is to deal with its fiscal problems. That’s because a great deal of the rapidly growing gap between government revenues and spending is due to health care costs, mainly because the baby boomers are retiring and going on Medicare. Not all of the savings has to come from health care cuts, Cutler said, but given the size of the problem, health care has to be on the table. Looking closer at health care spending, Cutler said, about a third goes to administrative costs, waste, and other areas where efficiencies can be found. Cutler said the heart of the battle over health care reform should be focused there.

With the failure of a congressional supercommittee to come up with budget-balancing cuts, there is great uncertainty over the immediate future of federal health care programs, Wilensky said. Medicare is facing a mandated 2 percent cut, but given Medicare’s share of the problem, that may wind up being a smaller cut than the program would have suffered under a congressional agreement. Still, Wilenksy said, coming on top of cuts already mandated by the Health Care Reform Act, another 2 percent trim could hit health providers hard. She is particularly worried about payments to physicians, which she said is the most badly broken part of Medicare.

A failing of the reform act is that it didn’t go far enough, panelists said. Though there are alternative health care models out there that show ways to improve care and lower costs, the reforms stopped short of mandating that one or another of them be adopted. The law does allow any successful pilot program to be scaled up dramatically.

Though Americans disagree over how to solve these questions, Blendon said the coming election should show which direction the nation wants to go.