A building block for GPS 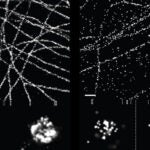 Next time your Global Positioning System (GPS) helps you get from point A to B without pulling out a map, thank Norman Ramsey.

A professor emeritus of physics who recently died at 96, Ramsey’s work lay the foundation for the development of the atomic clock, a device that allows scientists to measure time more precisely than ever, and which is a critical component in global positioning systems (GPS).

Just as a grandfather clock counts the oscillations of a pendulum to keep time, atomic clocks use the movement of atoms — which oscillate at precise frequencies — to measure time. Using the devices, a second is no longer measured as a fraction of the time it takes the Earth to revolve around the sun, but as the time it take a cesium-133 atom to oscillate 9,192,631,770 times.

The advantage of such clocks is in their previously unheard of accuracy. Since every cesium-133 atom oscillates at the same frequency, clocks can be built that neither lose nor gain a second in millions of years. Such precision is critical in a number of scientific fields. Atomic clocks are used to track satellites in deep space, to test Einstein’s theory of general relativity, by astronomers seeking to use multiple radio telescopes to capture images of objects light-years away, and by geologists, who use GPS to track the movement of earthquake fault lines.

Despite the apparent ubiquity, however, Ramsey’s work wasn’t initially directed toward hyperprecise measurement of time, but at probing the internal structure of molecules and atoms.

When he arrived at Harvard in the late 1940s, Ramsey established a lab aimed at using magnetic resonance — a technique that involved passing a stream of molecules and atoms through rapidly alternating magnetic fields — to study their structure.

Inspired by his difficulty in obtaining uniform magnetic fields, however, Ramsey began searching for ways to refine the technique. What he eventually discovered was that separating the magnetic fields, and exposing the molecules and atoms to the fields briefly as they entered and exited a chamber, vastly improved the resolution. Though Ramsey dubbed his discovery the “separated oscillatory fields method,” it has since become known as the Ramsey method, and today is still in use in labs throughout the world.

Ramsey’s discovery promised new insight into the structure of the physical world, but other researchers also saw it as a possible key to creating an atomic clock.

“The possibility of making an atomic clock had been suggested years earlier, but no one paid much attention to the idea,” said Daniel Kleppner, Lester Wolfe Professor of Physics Emeritus at the Massachusetts Institute of Technology, who worked with Ramsey as a student. “When Norman invented the separated oscillatory fields method, people immediately realized this method could make atomic clocks practical.”

But while others devoted their attention to using the Ramsey method to develop an atomic clock, Ramsey, with help from Kleppner, turned his attention in another direction: using a maser, or microwave laser, as the basis for an atomic clock. The work led to the invention of the hydrogen maser, a device still used in a host of technological applications, including GPS timing systems and radio astronomy.

“He was interested in making a better clock, and the key idea for it was the hydrogen maser,” Kleppner said. “It’s fair to say that the separated oscillatory fields method opened the way to the creation of atomic clocks, but he wanted to create a still-better clock than could be made with the beams method, and that work led to the hydrogen maser.”

Though the design of the device has been refined over the years, Ramsey’s essential creation remains unchanged, Kleppner said. Many time labs actually use both types of timepieces. Cesium-133 beam clocks are extremely accurate over the long term, and hydrogen masers, which are accurate in shorter-term, measure time more precisely than ever.

The impact of Ramsey’s work is ultimately incalculable, Kleppner said.

“His work was the beginning, and the atomic clock has turned out to be transformative on society,” he said. “The GPS system has transformed the world so many ways that people don’t realize. It’s used to transmit information over the fiber-optic cables that make up the backbone of the Internet. It keeps trucks moving across the country in the right way. It’s used in the airline industry. Without it, life would be very different.”

Incredibly, though, Ramsey’s separated oscillatory fields method work didn’t just lead to atomic clocks. The method is also one of the key discoveries that led to the development of magnetic resonance imaging (MRI) as a medical diagnostic tool, Kleppner said.

“I know he took great pleasure in the fact that his early work contributed to the development of MRI,” he said. “He was focused on what seemed like basic problems, but he was confident that the research was worthwhile, and that turned out to be the case.”