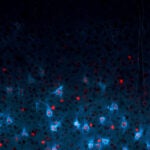 How do you balance the need for biodiversity conservation with human health? For Christopher Golden ’05, that question is at the core of a paper he wrote. It says that in societies where people rely on bush meat for important micronutrients, losing their access to wildlife — either because of unsustainable harvesting or strict conservation enforcement — could harm some children.

Published in the Nov. 22 issue of Proceedings of the National Academy of Sciences, Golden’s research paper reports on a yearlong study, conducted in the northeast corner of Madagascar, that found that lost access to bush meat would lead directly to a 30 percent relative increase in malnutrition among children 12 years old and younger.

“This research highlights a tension between conservation policy and human health and livelihoods, but solutions could be designed to benefit both,” said Golden, a postdoctoral Fellow at Harvard’s Center for the Environment. “I wanted to study this question through the lens of ecosystem services. If the wildlife is the natural capital, and the surplus is the harvested meat, what benefit do we receive from being able to rely on this source of food?

“This is an area that is extremely poor,” Golden added. “Madagascar is often ranked among the top 10 poorest nations in the world, and this region is among the most impoverished in Madagascar. People there eat beef maybe one to four times a year, and chicken maybe once a month. So the wild foods they’re receiving are enormously important, because the meat is providing the nutrients they aren’t getting elsewhere.”

Though his paper points toward potential negative consequences of strict conservation action, Golden emphasized that it isn’t a call to halt all conservation efforts.

“I’m just looking at one possible way in which biodiversity impacts human health,” he said. “There are a host of other ways in which maintaining intact ecosystems benefits human health that this paper does not explore. In my heart, I believe that conservation is a powerful and positive process that, were it not in place, it’s very likely that these animals would be unsustainably harvested. Ultimately, in this region, we’re dealing with the confluences of cultural preference, policy restrictions, and food necessity. It’s a very difficult area to traverse.”

Though the word malnutrition conjures up images of starving children, the most prevalent form of the condition is actually anemia, Golden said. Globally, nearly 2 billion people suffer from iron deficiency, a form of anemia that causes drops in hemoglobin, the protein that helps to ferry oxygen through the body.

Even small dips in hemoglobin levels, Golden said, have been linked to problems in cognitive development, increases in maternal mortality, and mental retardation.

To examine whether and how the consumption of bush meat affects hemoglobin levels, Golden designed a study that closely monitored the diets of children in one part of Madagascar. Over a year, researchers took monthly blood samples from children 12 or younger to measure hemoglobin levels. In addition, the children’s diets were precisely measured and recorded.

“Every scrap of fish, every bit of meat, it was weighed before it went into the cooking pot,” Golden said. “The goal was to create a study that would examine the causal links between biodiversity change and human health. Because of the longitudinal study design, we were able to disentangle the true effect of bush meat on hemoglobin levels.”

Armed with those results, Golden and colleagues were then able to model the health effects of cutting off access to bush meat. The results, he said, were a 12 percent absolute increase in anemia, and a 30 percent relative increase.

The findings suggest that the norm shouldn’t be unrestricted hunting or strict  conservation, but a happy medium, where conservation efforts maintain forests as a sustainable resource that people can rely on to supplement their diets, or where there’s a system that allows people to reduce hunting in favor of raising domestic animals for food.

Going forward, Golden said, his goal is to broaden his research to see whether the same effect is observed in other populations, and to bring together the public health and conservation communities in a search for possible policy solutions that can maintain health while also protecting wildlife.

“The interesting thing about this research is it’s empirical. It’s data-driven,” Golden said. “There are very few papers in the literature that examine how changes in people’s environment or their natural resources are impacting human health.”

In an effort to expand the literature on the topic, Golden and colleagues from the University of California, Berkeley, earlier this year received a grant from the National Science Foundation to expand the research in Madagascar, and to bring the study to Ghana and Kenya. Golden, through Harvard, is part of a 24-institution consortium seeking to conduct similar studies in Southeast Asia with his new advisers, Samuel Myers and Walter Willett of the Harvard School of Public Health.

“I’m hoping that this research brings together people from the development, public health, and conservation communities,” he said. “The theoretical framework of how these things work together has always been there. People like to say, ‘Healthy environment, healthy people.’ It’s intuitive, and it makes sense. But until now, the empirical evidence to support it hasn’t been well supported.”

Golden’s research was supported by the National Geographic Society Conservation Trust, the Margot Marsh Biodiversity Fund, the Mohamed bin Zayed Species Conservation Fund, and the National Science Foundation, and was conducted while he completed a Ph.D. at Berkeley.