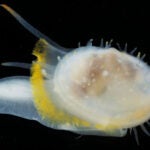 Researchers uncover key mechanism cells use to their advantage

It has long been known that cancer cells use nutrients differently than normal cells. In recent years, the rapidly re-emerging field of cancer metabolism has shed new light on the ways that cancers use glucose to grow and thrive, demonstrating that manipulation of an enzyme called PKM2 is important to this metabolic process.

Now a new study led by a scientific team at Beth Israel Deaconess Medical Center (BIDMC) and Harvard Medical School (HMS) has uncovered another key mechanism that cancer cells use as part of their survival strategy — and once again it seems that they are using PKM2 to their advantage.

Reported in the Nov. 3 express online edition of Science, the new findings show that by keeping PKM2 activity at lower-than-normal levels, cancer cells are able to withstand damage caused by oxidative stress and the generation of potentially toxic reactive oxygen species (ROS). Importantly, the study shows that small-molecule PKM2 activator drugs could be a way to interfere with this process — and thereby disrupt tumor growth.

“Many cancer cells take up glucose at higher rates than most normal cells, and then use the sugar in a distinct way to fuel their proliferation,” explains senior author Lewis Cantley, director of the Cancer Center at BIDMC and the William Bosworth Castle Professor of Medicine at HMS. “Several years ago, it was discovered that the M2 form of the pyruvate kinase enzyme [PKM2] plays a key role in this metabolic process. Now, these new findings demonstrate yet another way that cancer cells are able to manipulate PKM2 to their advantage, suggesting that by keeping PKM2 activity low, cancer cells channel incoming glucose to metabolic pathways that generate antioxidants, and thereby survive oxidative stress.”

Glycolysis is a multistep process in which glucose is broken down so that cells can make use of the sugar for energy and other essential functions, and the PKM2 enzyme is responsible for the final step of the process. Previous work from the Cantley lab had suggested that inhibition of PKM2 by growth-factor signaling was providing a stall-point in the glycolytic process, functioning like a dam in a river to enable glucose breakdown products to accumulate and eventually spur cancer cell growth.

But the investigators thought there might be more to the story.

“Growth-factor signaling emerged relatively late in evolution but glycolysis is a highly conserved process and occurs in bacteria much like it occurs in human cells,” says Dimitrios Anastasiou, a research fellow in the Department of Signal Transduction at BIDMC and the Department of Systems Biology at HMS and first author of this new paper. “We were intrigued by the possibility that something other than growth factors might also be influencing the activity of PKM2.”

They turned their attention to reactive oxygen species (ROS), chemically reactive molecules that form as a natural byproduct of cell metabolism and can lead to cell damage when not kept under control. “To survive, cancer cells require the ability to squelch potentially toxic ROS molecules, which can arise as a result of both their aberrant metabolism as well as their environment,” explains Anastasiou. “We thought that PKM2 might somehow be playing a supporting role in tamping down ROS.”

To test this hypothesis, the scientific team embarked on a series of experiments that showed ROS can inhibit PKM2 activity, and that low PKM2 activity under oxidative stress helps push glucose into pathways that generate antioxidant molecules.

“We engineered cells to express a PKM2 mutant that is resistant to ROS-induced inhibition,” says Anastasiou. “This showed us that when challenged by oxidative stress these cells died more readily than cells expressing the wild-type oxidizable version of PKM2. Strikingly, we also observed that oxidation-resistant PKM2 could not efficiently support the ability of human lung-cancer cells to form tumors in mice, but that this defect could be rescued by treating mice with an antioxidant in their water.”

The team also collaborated with the National Institutes of Health (NIH) Chemical Genomics Center to identify small-molecule PKM2 activators, drugs that keep PKM2 active and thereby prevent cancer cells from using glucose to grow and survive. Treatment of cancer cells with these activators kept PKM2 activity at high levels even under oxidative stress. It also sensitized cells to oxidant-induced death similar to the oxidation-resistant mutant.

“This paper demonstrates that oxidants inhibit PKM2 activity,” says Cantley. “While moderate ROS levels can influence growth signaling and promote proliferation, too much ROS can cause irreversible damage to cells, and lead to their demise. We propose that expression of PKM2 allows cancer cells greater flexibility in manipulating how glucose is metabolized to ensure that ROS concentrations remain low.

“Now that we’ve figured out yet another scheme that cancer uses to survive, we might be able to use small-molecule PKM2 activators to prevent cancer from inhibiting the enzyme,” he adds. “Because radiation therapy and some chemotherapeutic agents are believed to kill cancer cells by inducing excess ROS, there is a possibility that PKM2 activators may improve the efficiency of these therapies.”