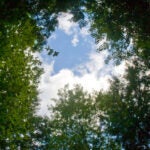 It turns out nice guys can finish first, and David Rand has the evidence to show it.

Rand, a postdoctoral fellow in Harvard’s Department of Psychology and a lecturer in human evolutionary biology, is the lead author of a new paper, which found that dynamic, complex social networks encourage their members to be friendlier and more cooperative, with the possible payoff coming in an expanded social sphere, while selfish behavior can lead to an individual being shunned from the group and left — literally — on his or her own.

As described this week in the Proceedings of the National Academy of Sciences (PNAS), the research is among the first studies to examine social interaction as a fluid, ever-changing process. Previous studies of complex social networks largely used static snapshots of groups to examine how members were or were not connected. This new approach, Rand said, is the closest scientists have yet come to describing the way the planet’s 7 billion inhabitants interact daily.

“This model is closer to real life; thus the results are closer to real life,” Rand said. “What this is showing is that a key aspect of real-world social networks is the dynamic component. The point of this paper is to say that those networks are always shifting, and they’re not shifting in random ways.

“There are many nasty things that happen between people, but for the most part we are fantastically cooperative,” Rand said. “We do an amazing job of having thousands or even millions of people living in very close quarters in cities all over the world. In a functioning society, things like trade, friendship, even democracy itself require high levels of cooperation, and when everyone does it, you get good collective outcomes.”

“Cooperation is a fascinating topic,” said Sociology Professor and Pforzheimer House Master Nicholas Christakis. “We see cooperation everywhere in the biological and sociological worlds, but it’s actually very hard to explain. Why do creatures, including ourselves, cooperate?

“What our paper shows is that there is a deep relationship between cooperation and social networks. In particular, we found that if you allow people to rewire their social networks, cooperation persists in the population. I believe this paper is the first to show, empirically, how that relationship works. As humans, we do two unique things: We re-shape the social world around us, and in so doing, we create a better place for ourselves by being nice to each other.”

To demonstrate how groups reach those good collective outcomes, the scientists, including Sam Arbesman, a former postdoctoral fellow in the Department of Health Care Policy at Harvard Medical School, recruited nearly 800 volunteers, who, in groups of between 20 and 30, took part in the study by playing a simple game.

At the outset, Rand said, each player begins with an equal number of points, and is randomly connected with one or more players. As the game progresses, players have the opportunity to be either generous, and pay to give points to each player they are connected with, or be selfish, and do nothing. Following each round, some players are randomly given the opportunity to update their connections, based on whether other players have been generous or selfish.

Intriguingly, the study also uncovered a correction mechanism inherent to social groups. Those who were initially noncooperative, Rand said, were found to be twice as likely to become cooperative after being shunned, suggesting that being cut off from the group acts as a sort of internal discipline, ensuring that cooperation remains high within a social network.

“As a result, when you have a network that’s dynamic, you see stable, high levels of cooperation, whereas in a static network you see a steady breakdown of cooperation,” Rand said.

As important as the study’s findings are, the research is also notable for its innovative experimental design. Rather than recruit test subjects to come to his lab for testing, Rand relied on Amazon Mechanical Turk, an online labor market created by Amazon.com, to enlist nearly 800 volunteers from across the globe.

“Lab experiments are incredibly valuable because they let you very tightly control the experimental conditions, which is helpful to demonstrate causality,” Rand said. “But lab experiments also tend to be very time-consuming and expensive, because it’s difficult to get people to come in. The Internet offers an amazing opportunity for streamlining the process.”

Developed several years ago, Mechanical Turk is an online labor market where employers can hire workers to perform what they call “human intelligence tasks” — simple, repetitive ones that are easy for humans — such as describing the content of a picture, transcribing audio or translating text from one language to another — but are frustratingly difficult to program computers to perform.

“It’s a crowd-sourcing tool,” Rand said. “What we’re doing is crowd-sourcing experimental social science. We are now an ’employer’ on Mechanical Turk, but instead of asking people to label images, we’re hiring them to take part in our experiments.

“From a philosophical perspective, I think this is an amazingly important technology for the social sciences, because it’s democratizing,” Rand continued. “You no longer need to be at a university that has a big lab, with a huge research budget and someone maintaining a subject pool.”

Though the paper is one of a very few to use Mechanical Turk to recruit volunteers, Christakis said the site has already had a wide-ranging impact on the social sciences.

“This is a whole new way of doing social science and conducting experiments,” he said. “By creating a virtual laboratory, it broadens the scale and speed of these experiments. In principle, one can do an experiment with thousands of participants, and we are able to control how participants interact and behave in ways that were unimaginable even five years ago. We think this will do for the social sciences what the invention of the microscope did for biology.”