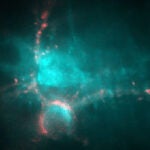 In a study that seems to pivot on a paradox, scientists at Harvard-affiliated Dana-Farber Cancer Institute have used an immune system stimulant as an immune system suppressor to treat a common, often debilitating side effect of donor stem cell transplantation in cancer patients.  The effect, in some cases, was profound.

The phase 1 study, published in the Dec. 1 issue of the New England Journal of Medicine, involved allogeneic (donor) stem cell transplant patients with chronic graft-versus-host disease (GVHD), a multisystem inflammatory condition that arises when donor immune system cells launch an attack on a patient’s own tissues, leading to varied symptoms such as skin rash and thickened or scarred skin, lung inflammation, or hepatitis, among others.  The patients received once-daily injections of interleukin-2 (IL-2), a drug traditionally used to spur an immune system attack, but which, at low doses, investigators had reason to believe, could have the opposite effect in this case: blunting a harmful activation of the immune system and subduing GVHD.

After eight weeks on the regimen, 12 of 23 participants showed clear physical benefits, including softened skin and underlying tissue, reduced redness of skin, improved mobility and gait, improved liver function, and resolution of neuropathy, a degenerative nerve condition.  The responding patients who went on to receive longer-term daily IL-2 continued to show improvements, including alleviations of skin conditions that had previously been considered irreversible in chronic GVHD, while simultaneously reducing their other immune-suppressing medications.  In fact, four of 10 patients on longer-term IL-2 treatment have completely tapered off glucocorticoids (steroid hormones), and two of them have stopped all other immune suppression medications as well.  This group of patients has been able to reduce the use of glucocorticoids by an average of 60 percent.

None of the patients in the trial had their chronic GVHD progress while taking IL-2 and none had a relapse of their original cancer.  None of the patients contracted opportunistic viral or fungal infections while on the IL-2 therapy, suggesting their immune systems remain functional.

“More than half of patients who successfully undergo hematopoietic stem cell transplants [in which the blood-making tissue in the bone marrow is wiped out with chemotherapy and replaced with blood-forming stem cells from a donor] develop chronic GVHD,” says the study’s lead author, John Koreth of Dana-Farber.  “The conventional treatment, glucocorticoids, are limited in their effectiveness and can produce significant side effects.”

He adds that the findings show that low-dose IL-2 is both safe for patients with active, chronic GVHD and it can produce powerful immunological effects — reversing, in some cases, some of the most severe symptoms of GVHD.  “This technique not only offers a new way of treating GVHD but possibly also of approaching a range of inflammatory conditions that result from an imbalance in the immune system,” says Koreth, who is an assistant professor at Harvard Medical School (HMS).

“We had good reason to believe this low-dose approach would be safe, based on our previous experience,” Koreth says, “but the irony is that it represents a complete reversal of the rationale on which IL-2 therapy was originally based.”

“This study demonstrates that daily injection of low-dose IL-2 is safe for patients with active, chronic GVHD and can restore the balance between pro- and anti-inflammatory immune system cells in their bodies.  It shows that, in some patients, this approach can reverse the most severe manifestations of the disease, while also allowing them to reduce their use of glucocorticoids,” Koreth says.  “These findings may have implications for a variety of diseases resulting from immune system imbalances.  This approach deserves further study in larger numbers of GVHD patients, as well as in other autoimmune diseases and solid organ transplants.”

The senior author of the study is Harvard Medical School Professor of Medicine Robert Soiffer of Dana-Farber.

The study was funded by the Dana-Farber Dunkin’ Donuts Rising Star program, the American Society of Blood and Marrow Transplantation, the National Institutes of Health, the Pasquarello Research Fund, and the Jock and Bunny Adams Research and Education Endowment.