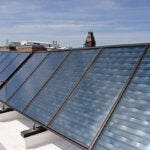 A road map to cleaner energy

Researchers produce ‘primer’ to guide the use of STORM

Though it was quickly adopted by the scientific community, Professor of Chemistry and Chemical Biology and of Physics Xiaowei Zhuang worried that researchers using the system of technology of super-resolution, stochastic optical reconstruction microscopy (STORM) she developed were not producing high-quality images because they were not using the technology properly.

To correct the situation, Zhuang, working with postdoctoral associate Joshua Vaughan and graduate students Graham Dempsey, Kok Hao Chen, and Mark Bates, has developed a “primer” that identifies the best photo-switchable dyes or fluorescent proteins — called “probes” — to use in STORM imaging.

Described recently in a paper published on Nature Methods’ website, the work also identified the key characteristics that are useful for STORM imaging, giving researchers a framework for evaluating other probes, or even designing custom-made molecules to use in imaging.

“This paper is service to the community,” Zhuang said. “We are trying to educate people about two things — what properties a probe needs to have to produce high-quality STORM images and [a] list [of] the probes that we have found to have superior qualities for this purpose.

“Though our imaging method is relatively easy to use, it is still capable of producing low-quality images if the wrong probes or imaging conditions are used. That’s why we felt it was particularly important that we tell people that there are some criteria to keep in mind when selecting a probe,” Zhuang added.

Their research, Zhuang said, identified two properties that are critical to producing a quality image — the amount of light given off by a specific probe, and its “duty-cycle” — the fraction of time that the probe spends in a bright state. Other important properties identified in the paper include the number of times each probe can be switched on and off, and how each reacts to “activation light.”

In addition to helping researchers identify which probes will produce the best results, Zhuang said the research, because it defines the probe properties that are important for STORM imaging, provides researchers with a roadmap for the development of even more efficient probes.

To illustrate the importance of a probe’s brightness and duty-cycle, Dempsey asked a recent visitor to the lab to imagine a circle.

“If you want to image that, you need to identify enough spots, and they need to outline the shape of that circle,” he said. “If the brightness is too low, when you try to localize the molecules, the precision will be relatively low and the resulting image will end up blurry. If the duty-cycle is too high, you will end up with too few spots to outline the circle, regardless of how precise each spot is positioned.”

As part of the paper, Chen, Dempsey, and Vaughan meticulously studied the characteristics of more than two dozen probes, eventually identifying several that produce the highest-quality images. By using the best probes in four separate spectral ranges, the team was able to produce high-quality multicolor images with low crosstalk between channels, a highly nontrivial task for super-resolution imaging.

“There was a lot of trial and error, and a lot of labor involved in getting this much data together,” said Vaughan of the research. “But this is the type of thing where, if you don’t take the time to do systematically, there is no way to take a step back and rely on anything other than anecdotal experience. A researcher who is new to STORM would have to repeat the same trial-and-error process to get these results. This way, we have already done all that work.”