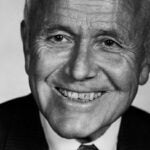 Dual HLS/HKS fund will provide assistance to students next year

Friends of Henry Hubschman, HLS ’72, M.P.P. ’73, have set up a fellowship in his memory at Harvard Kennedy School (HKS) and Harvard Law School (HLS). Established shortly after Hubschman’s death in February 2011, the fellowship has received more than $550,000 in contributions and is now permanently endowed. It will provide financial assistance to students pursuing dual HLS/HKS degrees beginning in academic year 2012–13.

Hubschman had a distinguished career in law, government, and business before succumbing to cancer at age 63. After graduation, he served as a law clerk in the U.S. District Court for Massachusetts. He was an associate and then nationally recognized litigation partner at the law firm of Fried, Frank, Harris, Shriver & Jacobson in Washington, D.C. He took time out from his private practice to serve as executive assistant to Patricia Harris, the secretary of the Department of Housing and Urban Development during the Carter administration, and became a member of the board of the Federal National Mortgage Association. He subsequently served as general counsel of GE’s Aircraft Engines Division from 1992 to 1997, when he became president and CEO of GE Capital Aviation Services, the commercial aircraft financing and leasing business of General Electric, where he grew the company’s fleet to 1,800 aircraft placed with nearly 250 airlines in more than 75 countries, making it the largest aircraft leasing business in the world.

“This fellowship is a perfect tribute to Henry,” said longtime friend Ben W. Heineman Jr., who is a distinguished senior fellow at HLS’s Program on the Legal Profession and a senior fellow at HKS’s Belfer Center for Science and International Affairs. “He had a brilliant professional career at the intersection of law, policy, politics, and business, and was always grateful for the skills and perspectives he developed as a joint-degree student almost 40 years ago.”