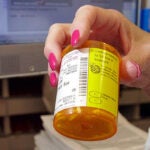 Impact of cutting co-pay on meds

Bacterial genes tell the tale of an outbreak’s evolution

Researchers at Harvard Medical School (HMS) and Children’s Hospital Boston have retraced the evolution of an unusual bacterial infection as it spread among cystic fibrosis (CF) patients by sequencing scores of samples collected during the outbreak, since contained. A significant achievement in genetic pathology, the work also suggests a new way to recognize adaptive mutations — to see evolution as it happens — and sheds light on how our bodies resist infection.

The results were published online Nov. 13 in Nature Genetics.

Cystic fibrosis is a hereditary disease that renders the lungs susceptible to bacterial infection. Though there is no cure for CF, it is managed with antibiotics and therapies that remove mucous from the lungs. An infection that resists antibiotics can overwhelm the body’s defenses and lead eventually to respiratory failure and death, but advances in care have increased the median life expectancy for Americans born with CF from six months in 1959 to nearly 40 years today.

Despite constant vigilance, outbreaks pose a particular risk at CF treatment centers, where otherwise rare strains of bacteria can spread between patients. In the 1990s, one such outbreak spread among CF patients followed at a single CF center in Boston. Thirty-nine people were infected with the strain, later identified as a new species of bacteria, Burkholderia dolosa.

The hospital implemented new infection control measures and has not seen a new case in more than six years. But the outbreak presented researchers with a rare opportunity: a new pathogen with a closed circle of infection and abundant samples collected over the span of a decade.

Roy Kishony was looking for just such a bug. The HMS professor of systems biology studies bacterial evolution, exploring such questions as how antibiotic resistance arises. Many of his experiments are conducted in the lab: Grow bacteria in a test tube, add just enough antibiotic to challenge it, and look for genetic changes over time. But people aren’t test tubes, and Kishony wanted to investigate how a pathogen evolves in a natural context.

“Imagine if you could interrogate the bacteria,” said Kishony, principal investigator on the study. “You would ask, ‘What do you find most challenging in the human body?’”

In search of a good model system, Kishony and his graduate student Jean-Baptiste Michel consulted clinicians and found their way to Alexander McAdam, an associate professor of pathology at Children’s Hospital Boston, who suggested B. dolosa. “I thought it would be interesting because we could also see how the organism changed during the course of an outbreak,” McAdam said.

From that conversation grew a robust collaboration among a diverse team of scientists and clinicians, including Kishony’s lab, McAdam, and Greg Priebe, assistant professor of anesthesia at Children’s and a microbiologist at the Channing Laboratory of Brigham and Women’s Hospital, as well as collaborators in Michigan and Virginia. The team set out to sequence the genomes of 112 B. dolosa isolates taken from 14 of the infected patients, mapping genetic changes over time to reveal both the route of the infection’s spread and which genes faced the greatest selective pressure — in other words, how the bacteria evolved when challenged by human defenses and medical treatment.

Every time a cell divides, small copying errors can introduce slight changes in the new DNA. Some of those changes affect the cell’s machinery, and some do not.  To identify selective pressure on genes over generations, scientists compare the number of significant changes to the number of those that had no effect — a measure called the dN/dS ratio.

“That’s where we ran into a bit of a snag,” said Michel, now a postdoctoral fellow at Harvard University and visiting faculty at Google, who analyzed the data with Tami Lieberman when both were graduate students in systems biology.

Maybe, Lieberman suggested, they were asking the wrong question. What if the genomewide dN/dS ratio was a red herring, when what they really wanted to know was what was happening to specific genes? “Tami had the key insight,” said Kishony. If a mutation has any effect, it’s typically harmful. Randomly tune your car, and you’re apt to get a broken car. In a gene pool, purifying selection weeds out those harmful changes even as positive selection spreads helpful ones. Average those positive and negative effects, and both might disappear.

Sure enough, when Lieberman and Michel analyzed the same data another way — separating genes that had mutated in multiple patients from those that had mutated just once — most genes registered a dN/dS of slightly less than one, evidence of widespread purifying selection. Seventeen genes scored much higher, strong evidence of positive selection. Tellingly, bacteria from different patients showed pressure on the same genes, which evolved in similar ways.

“These data told us what the pathogen experiences as its main challenges,” Kishony said. Some of those challenges were expected: Genes linked to antibiotic resistance, adhesion, and immune response faced pressure to adapt.

One of the most striking findings among such genes was a stop codon, seen in approximately 70 percent of the strains, in a previously unstudied enzyme linked to genes involved in the synthesis of lipopolysaccharide (LPS), also known as endotoxin.  The Priebe lab and collaborators had previously observed an unusual degree of LPS variation among B. dolosa strains and now had a genetic mechanism to explain it. “That finding was a real ‘aha’ moment for me,” said Priebe, who suggested that the enzyme could be disappearing as the bacteria adapted to evade the immune system, adhere to its host, or improve a function still undiscovered.

Other challenges were a surprise, such as propelling furious changes in genes linked to growth under low-oxygen conditions typical of the lung of a CF patient. “This method suggests therapeutic directions we didn’t know were important,” Michel said, “and drug targets we didn’t know existed.”

The team’s findings could help researchers better understand a pathogen’s strengths and weaknesses, the mechanisms by which it adapts to our defenses, and potential targets for new therapies. The researchers next hope to study the diversity generated by a pathogen’s evolution within a single patient, to learn more about the different challenges posed throughout the human body.

The questions are still evolving.

This research was funded by the National Institutes of Health, the New England Regional Center of Excellence for Biodefense and Emerging Infectious Diseases, and the Harvard Catalyst.